Grant's monument occupies the single most prominent location on the Capitol Grounds, directly over the reflecting pool. 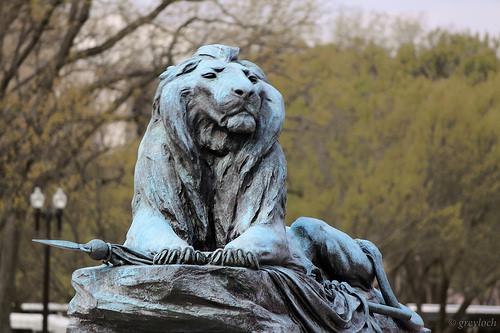 Grant's monument occupies the single most prominent location on the Capitol Grounds, directly over the reflecting pool. His statue emphasizes his cool, calm demeanor in the midst of battle-he is flanked on both sides by artillery and cavalry units clearly in the heat of battle.

Ulysses S Grant Memorial and Nearby Sights on Map