A monument in memorial of U.S. 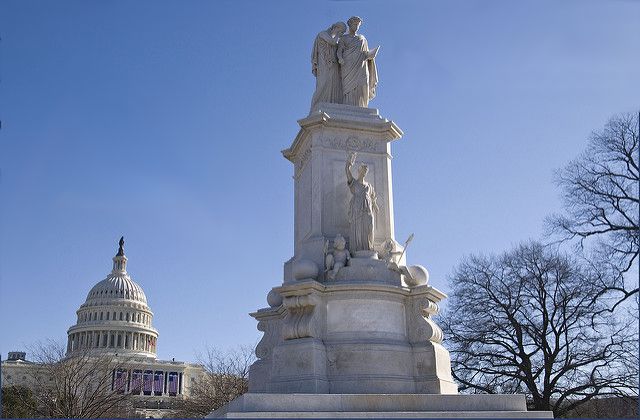 A monument in memorial of U.S. naval deaths at sea during the Civil War stands at the northeastern end of the Capitol Reflecting Pool, bearing an assembly of four statues. Grief weeps over History at the top. Facing outwards is Victory, holding a laurel of victory, and flanked by young Mars and Neptune. Facing the Capitol is the statue of Peace, holding an olive branch, and surrounded by symbols of prosperity.

Peace Monument and Nearby Sights on Map