Fresh from a recent renovation, this intimate museum features a wonderfully recreated Tempo-period (1830-1843) neighbourhood - complete with homes, shops, narrow alleyways, and even the local rubbish dump. 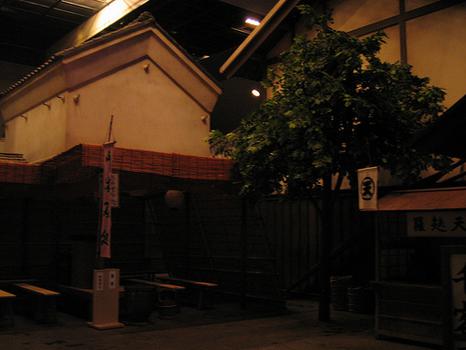 Fresh from a recent renovation, this intimate museum features a wonderfully recreated Tempo-period (1830-1843) neighbourhood - complete with homes, shops, narrow alleyways, and even the local rubbish dump. Wander about, peering in windows and entering buildings furnished with household goods and Edo-period bric-a-brac. Light and sound effects create the illusion of a whole day passing from day to night in the space of a few minutes. Pair it up with a visit to the huge Edo-Tokyo Museum in nearby Sumida ward, just a couple of stops away on the Toei Ōedo subway line.

Fukagawa Edo Museum and Nearby Sights on Map