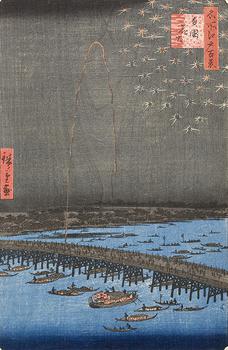 Ryogoku Fireworks Museum and Nearby Sights on Map

Soaring to a height of 634 metres, the Tokyo Skytree is the tallest free-standing tower and second tallest structure in the world after the Burj Khalifa in Dubai

National Museum of Nature and Science

The National Science Museum in Tokyo focuses on the living world, with life-sized representations of practically every life form the earth has ever seen, from the blue whale (outside the old building) to hundreds of exotic insects

Ueno Park, adjacent to the station, is home to most of the attractions in the area, including the Ueno Zoo and a concentration of Japan's best museums