Gaysorn positions itself as Bangkok's premier luxury shopping mall: this is where you can get your fill of Armani, Gucci, Louis Vuitton and Tiffany. 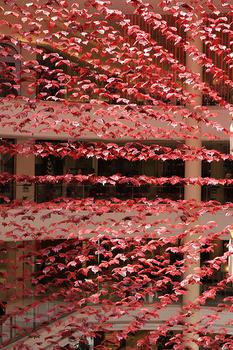 Gaysorn positions itself as Bangkok's premier luxury shopping mall: this is where you can get your fill of Armani, Gucci, Louis Vuitton and Tiffany. The top floors have a good selection of antiques and Thai handicrafts of high quality, but at fairly high prices too. Most Thais cannot afford these prices, so the visitors mostly consist of Japanese and Arab business men

Gaysorn and Nearby Sights on Map