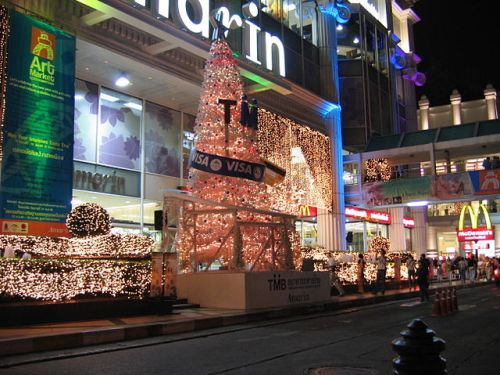 This impressive colonial-style mall has five floors of high-end stores, selling fashion, furniture, jewellery, electronics, books and handicrafts. The fourth floor has a good food court, and even a spa, health centre and yoga studio.

Amarin Plaza and Nearby Sights on Map