A Thai handicraft centre partly run by the government offering a wide array of traditional crafts, such as bronze objects, ceramics, lacquerware, silk and woodcarvings. 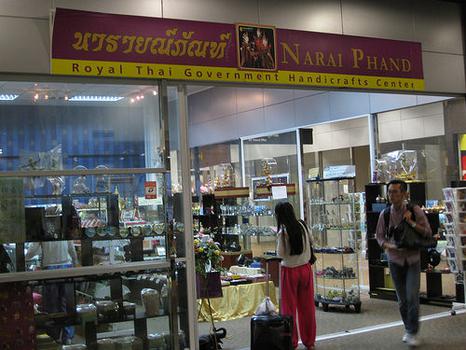 A Thai handicraft centre partly run by the government offering a wide array of traditional crafts, such as bronze objects, ceramics, lacquerware, silk and woodcarvings. Prices are fairly high and not negotiable, but clearly marked, so this is a good place to see what's on offer and find out baseline prices before hitting the markets. Narai Phand used to be on Ratchadamri Road, but this flagship store was unceremoniously demolished in 2008. Now it has relocated to a smaller location next to the Intercontinental Hotel

Narai Phand and Nearby Sights on Map