This is the flagship store of the Central chain of department stores, and thus it is much more luxury and prices are higher. 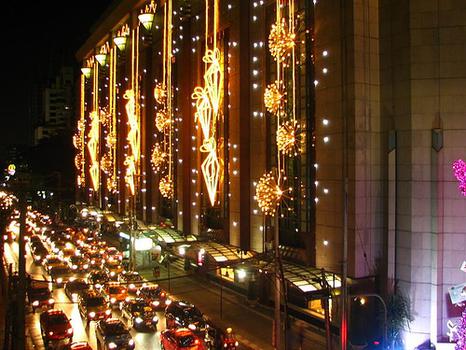 This is the flagship store of the Central chain of department stores, and thus it is much more luxury and prices are higher. Catering to affluent Thais and Western expats, it has good selections of pricey watches, cosmetics and clothes. There are also numerous eating options.

Central Chidlom and Nearby Sights on Map