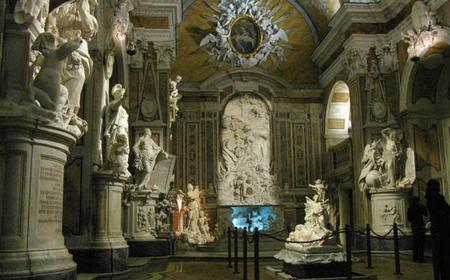 ...vo, Cappella Sansevero and Naples Cathedral in the heart of the old town. Taste a delicious pastry on Via dei Tribunali. 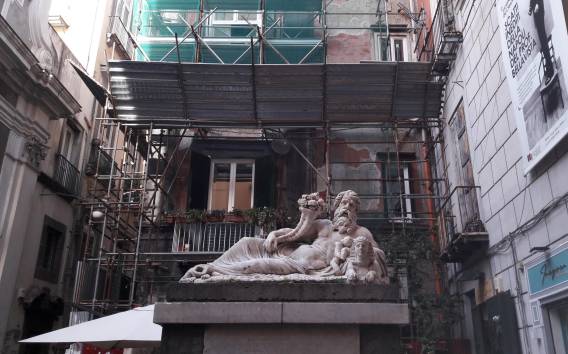 Naples Tour: "Among the Hidden Wonders"

Take a tour of the historic center of Naples to see the hidden beauty of the city: the Veiled Christ...

Tour of Naples with Reserved Entrance to the Veiled Christ During this 3 hour walking tour, you will explore Naples main highlights and monu... An introduction to the myths, the mysteries and the darker sides of the city whic...

The Cappella Sansevero is a 16th century Neapolitan Baroque chapel in the historic heart of Naples, noted for its collection of artwork by renowned Italian artists of the 18th century. 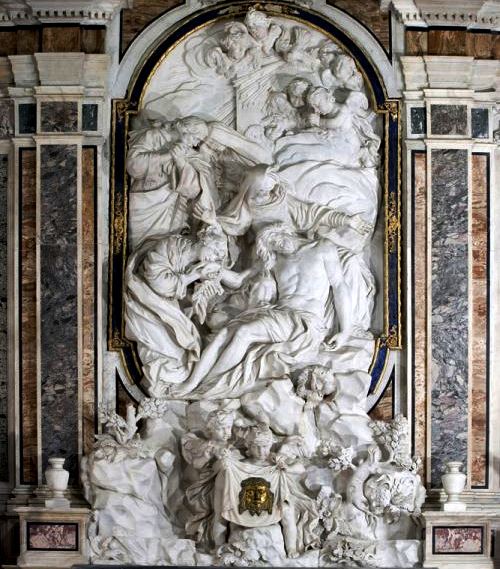 The Cappella Sansevero is a 16th century Neapolitan Baroque chapel in the historic heart of Naples, noted for its collection of artwork by renowned Italian artists of the 18th century. Originally built in 1590 as a private chapel by the Duke of Torremaggiore, it got its present structure from the 18th century renovation by Prince of Sansevero Raimondo di Sangro who added Masonic symbols.

The simple façade in classical style features pilasters and a central portal topped by the crest of the Sangro family, with a marble plaque on the architrave commemorating the work of Alessandro di Sangro. The highlight of the magnificent interiors is the Veiled Christ (Cristo Velato) sculpture by Giuseppe Sanmartino, a surreal life-size sculpture carved from a single marble block with folds so fine that they look real. It depicts a supine Christ with his tilted head supported by two pillows, and body is covered with a thin veil that adheres to his anatomy without concealing his wounds of martyrdom. Besides him are a crown of thorns, pliers and nails.

The main altar features a high-relief of the Deposition by Francesco Celebrano, above which is a painting of Pieta in a beautiful stucco frame by Paolo Persico. Around the church are 10 statues of the Virtues which represent a spiritual journey - Antonio Corradini's Pudicizia (Modesty) which represents Raimondo's mother and Decoro (Decoration), Francesco Queirolo's Disinganno (Release from Disillusion) which is a tribute to Raimondo's father, Sincerita (Sincerity), Educazione (Education), and Liberalita (Liberality), Fortunato Onelli's Zelo della Religione (Zeal for Religion), Paolo Persico's Soavità del giogo coniugale (Sweetness of the marital yoke), Francesco Celebrano's Il Dominio di sé stessi (Domain of themselves), and Divine Love by unknown. Between the statues are side chapels with the tombs of various noblepersons. The sacristy also has two 19th century funerary monuments of Sangro family members.

The Underground Chamber of the chapel has two 18th century 'anatomical machines' (macchine anatomiche) of a man and pregnant woman, with their skeletons surrounded by an intricate network of arteries and veins.

Standard admission is € 7.00, and free for children upto the age of 9 years. Admission for young people between 10-25 years, as well as Artecard holders and FAI members is € 5.00. Audio guides in in Italian, English, Spanish and French are available for € 3.00.

Cappella Sansevero and Nearby Sights on Map

Museum of the History of Medicine and Health

The Naples Cathedral, also known as the Cathedral of San Gennaro, is the seat of the Naples Archdiocese and the main church in the city

Housed in the grand Palazzo Reale di Capodimonte in Naples, the Museo di Capodimonte showcases one of the best collections of Neapolitan painting and decorative art, along with ancient Roman sculptures and important works from other Italian schools

Housed in a renovated 16th century building that was used as cavalry barracks, the Naples National Archaeological Museum houses a large collection of Greco-Roman artifacts from Pompeii, Stabiae and Herculaneum

Castel Nuovo is an imposing fortification in the centre of Naples, built in 1279-'82 as the royal residence after the capital was moved from Palermo to here