Castel Nuovo is an imposing fortification in the centre of Naples, built in 1279-'82 as the royal residence after the capital was moved from Palermo to here 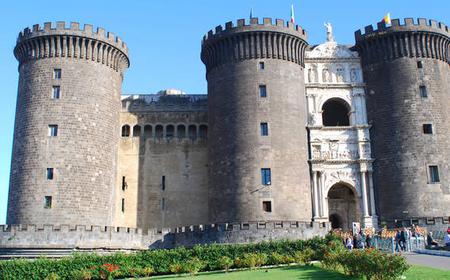 During this tour, you will discover Castel Nuovo (also called Maschio Angioino Castle) symbol of Nap... 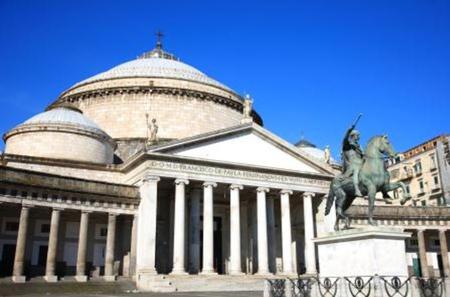 Discover the history and architecture of Naples on a guided walking tour. See Castel Nuovo, the San ... 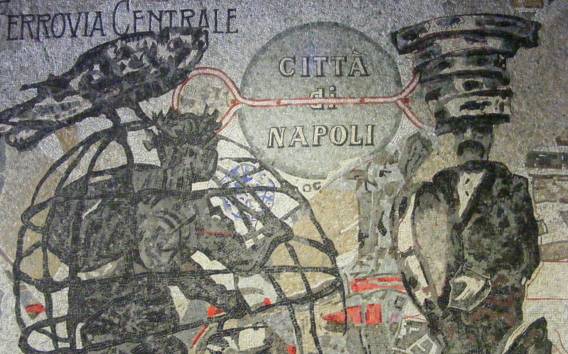 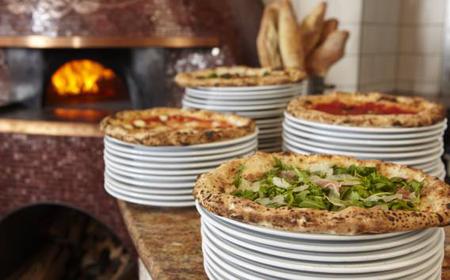 ... from Posillipo Hill. Take a stroll by Castel Nuovo, Piazza del Plebiscito, the Royal Palace, and the Galleria Umberto ... 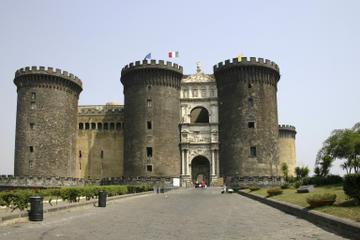 ...ding the striking seaside fortresses of Castel Nuovo and Castel dell’Ovo, and the 17th-century Royal Palace of Naples (P... 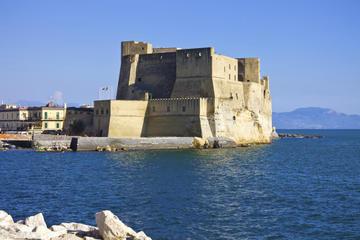 ...orical and artistic highlights, such as Castel Nuovo, the Royal Palace of Naples (Palazzo Reale) and Castel dell’Ovo. En...

Castel Nuovo is an imposing fortification in the centre of Naples, built in 1279-'82 as the royal residence after the capital was moved from Palermo to here. 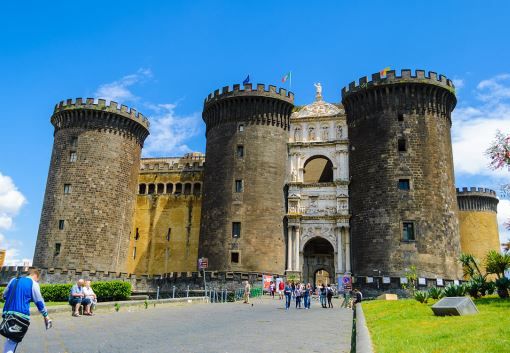 Castel Nuovo is an imposing fortification in the centre of Naples, built in 1279-'82 as the royal residence after the capital was moved from Palermo to here. It is also known as Maschio Angioino (Angevin Keep).

It was partly reconstructed by Alfonso of Aragon in the 15th century, and features 5 crenellated towers in an irregular trapezoidal layout surrounded by a moat. The façade has 3 towers - San Giorgio, Mezzo and Guardia, while the Torre dell'Oro and Beverello are sea-facing. The Guardia has a 2-storey Renaissance triumphal arch in marble that commemorates the victorious entry of Alfonso I of Aragon into Naples in 1443. The lower arch, flanked by twin Corinthian columns, features reliefs depicting the triumph of Alfonso. The upper arch, flanked by twin Ionic columns, has niches with statues of Alfonso's four virtues (Temperance, Justice, Fortitude and Magnanimity). On top are the statues of St Michael, St Anthony the Abbot, and St Sebastian.

Explore the complex to see the Sala dei Baroni (Hall of the Barons) where barons were killed in 1486 for plotting against King Ferdinand I of Aragon, the Armoury Hall with Roman era ruins, the gilded Baroque Cappella delle Anime del Purgatorio, and the Cappella Palatina (Palatine Chapel) or Saint Barbara Chapel which has remnants of Renaissance frescoes by Giotto. The first and second floors showcase the art collection of the Municipal Museum. The first floor showcases religious works from the 15th to 18th century, while the second floor displays works from the 18th to 20th century with a focus on Naples. The Charles V Hall and the Sala della Loggia host exhibitions and cultural events. The basement beneath the Palatine Chapel has the Barons prison and the crocodile pit where prisoners are believed to have been eaten alive by crocodiles.

Castel Nuovo and Nearby Sights on Map

Built in the 17th century by the Spanish Viceroy, the Royal Palace of Naples is a lavishly decorated Italian Baroque complex that was used as the royal residence of the Bourbons