At 315 feet this is one of the tallest buildings in D.C. 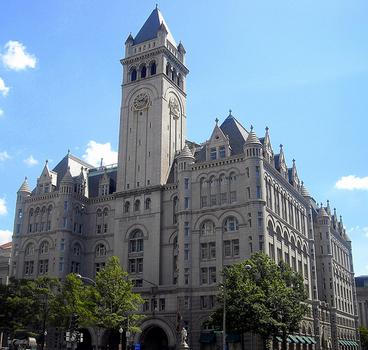 At 315 feet this is one of the tallest buildings in D.C. Enter through the food court and take the elevators to the 270-foot observation deck for excellent views of D.C. Bell-ringing practice is held on Th 7PM-8PM.

Old Post Office Tower and Nearby Sights on Map

It's not clear whether the small-government Republican would enjoy having one of the biggest, most expensive recent federal buildings ($768 million), filled with agencies like USAID and U

Located in the basement level of the Department of Commerce building, the National Aquarium is much smaller than the one in Baltimore

Named in honor of Martin Luther King Jr who penned his famous 'I have a Dream' speech at the Willard Hotel on this square, the Freedom Plaza is a popular space for political protests and events in Washington DC

National Museum of Women in the Arts