The Guanabara Palace, formerly palace of the Imperial Princess, is now the governor's office.. 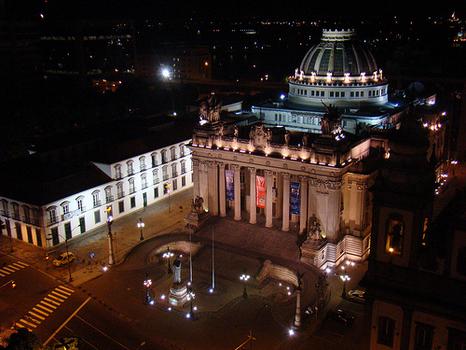 The Guanabara Palace, formerly palace of the Imperial Princess, is now the governor's office.

Guanabara Palace and Nearby Sights on Map

Museum of the Republic

The small Tram Museum has photos of and artifacts from the glory days when trams were all over Rio, including some models of old tramcars and lots of electrical equipment

Museu Villa-Lobos is dedicated to the great Brazilian composer and founder of the Brazilian Academy of Music, Heitor Villa-Lobos, who wrote about 1000 pieces