Museu Villa-Lobos is dedicated to the great Brazilian composer and founder of the Brazilian Academy of Music, Heitor Villa-Lobos, who wrote about 1000 pieces. 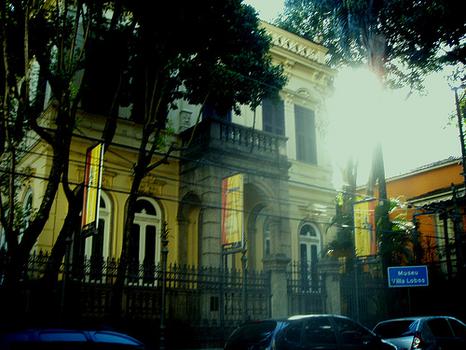 Museu Villa-Lobos is dedicated to the great Brazilian composer and founder of the Brazilian Academy of Music, Heitor Villa-Lobos, who wrote about 1000 pieces. This small collection includes a number of personal items, musical instruments, pictures and hand-written notes by Villa-Lobos.

Museu Villa-Lobos and Nearby Sights on Map

The Guanabara Palace, formerly palace of the Imperial Princess, is now the governor's office

Copacabana is the most famous beach in Rio de Janeiro, stretching for 4 kms on the Atlantic coast from Princesa Isabel Avenue to Posto Seis

The 710 metre high Corcovado mountain rises in the Tijuca Forest in west Rio de Janeiro, known for its statue of Christ the Redeemer that overlooks the city