The Largo do Boticário (Apothecary's Square) is a delightful square in the Cosme Velho neighborhood with preserved colonial style houses that date back to 1831. 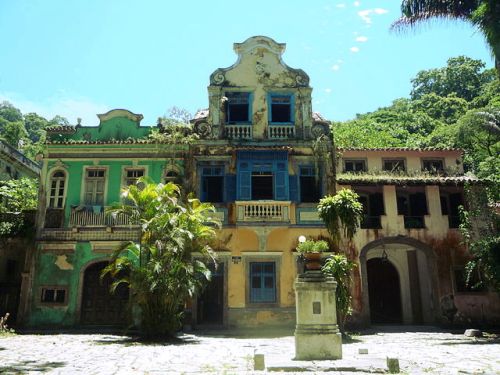 The Largo do Boticário (Apothecary's Square) is a delightful square in the Cosme Velho neighborhood with preserved colonial style houses that date back to 1831. Once home to the rich and famous, the locality has deteriorated, with the brightly colored houses currently standing in a dilapidated state.

About Largo do Boticário

Largo do Boticário and Nearby Sights on Map

The Guanabara Palace, formerly palace of the Imperial Princess, is now the governor's office

The 710 metre high Corcovado mountain rises in the Tijuca Forest in west Rio de Janeiro, known for its statue of Christ the Redeemer that overlooks the city

Museu Villa-Lobos is dedicated to the great Brazilian composer and founder of the Brazilian Academy of Music, Heitor Villa-Lobos, who wrote about 1000 pieces

Site of the famous Rio Carnival parades, the Sambadrome Marquês de Sapucaí is a 700 metre long street flanked by grandstands and VIP boxes