Modern art from both Singapore and the region. 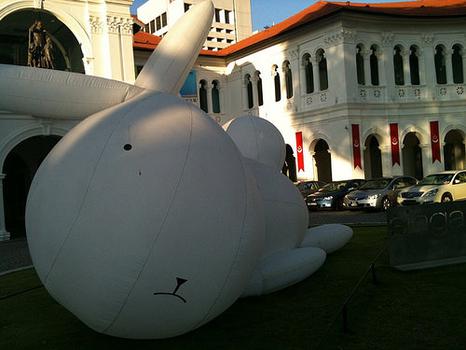 Modern art from both Singapore and the region. The permanent collection is lackluster, but exhibitions can be interesting. Guided tours in English at 11 AM, 2 PM.

Singapore Art Museum and Nearby Sights on Map

The largest oceanarium in the world

A Hindu temple dedicated to Lord Krishna, an incarnation of Vishnu

Formerly a branch of the ACM, now reborn as a standalone museum dedicated to the exuberantly colourful culture of the Peranakans, the Malay-Chinese and Malay-Indian traders who had a major impact on the Straits Settlements

Dedicated to Kuan Yin, the Goddess of Mercy

Built to house the 50,000-piece toy collection of local enthusiast Chang Yang Fa, the contents of this five-story building covers come from 25 countries and span over a century of 'Moments of Imagination and Nostalgia with Toys' (hence MINT), with everything from wind-up toys to Darth Vader masks

The largest dedicated photo gallery in South-East Asia, with a focus on Singaporean talent

The former HQ of the British army during World War 2, now turned into an air-conditioned museum complete with animatronic figures retelling the events of the days before surrender

Completed in 1869, this Malay-Indian hybrid building was once the Government House of the colony of Singapore, before being repurposed on independence as the official residence of the President

One of Singapore's newest, largest and best-presented museums