The Moth ki Masjid (Mosque of Lentil) has an interesting story behind it. 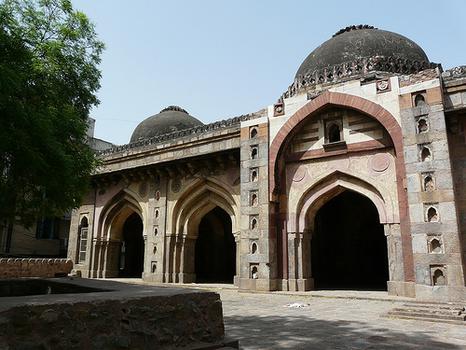 The Moth ki Masjid (Mosque of Lentil) has an interesting story behind it. The Sultan of Delhi Sikandar Lodi once gave a grain of lentil to his minister Wazir Miya Bhoiya, who planted it, harvested more seeds and grew several batches of lentil crops. From the proceeds of the lentil sales, the Wazir built this Indo-Islamic mosque. Austere in design as a reminder of its origins, it has no fancy minarets, stylized calligraphic decorations or embellishments. It is noted for its facade of 5 triple arches arranged under the semi-circular dome, and its passage with 5 arches that line up forming a beautiful view.

Moth Ki Masjid and Nearby Sights on Map

Central Market is where the vast middle-class of Delhi does its shopping, with great deals on apparel, both ethnic Indian and otherwise