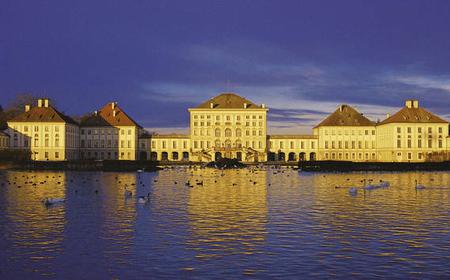 At court with the chambermaid (Nymphenburg)

Take part, to the amusing guide in Nymphenburg Castle, with a lively maid. They will give you inform... 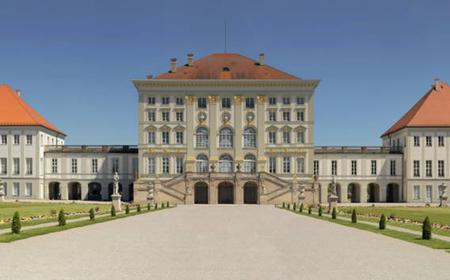 Experience a special concert in the Hubertus Hall of the Nymphenburg Palace in Munich, the birthplac... 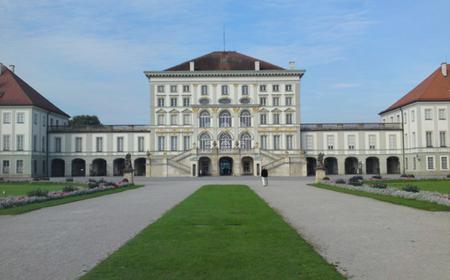 Explore the magnificent Nymphenburg Palace in Munich on this private 2-hour guided tour. Admire the ... 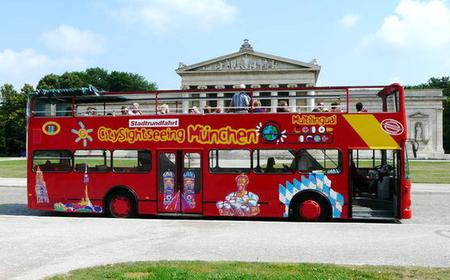 ... Olympic Park to Nymphenburg Palace, and get on or off the bus anytime you like to experience the city at your own pace. 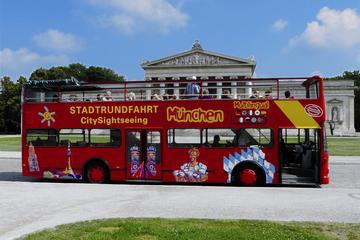 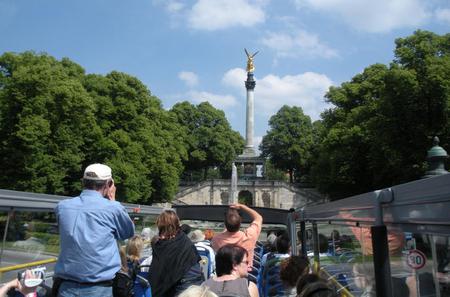 Your private tour guide will pick you up from your hotel and show you the highlig...

Get to know Munich with a driver/guide who will take you through the beautiful city. See the magnifi...

Go on a tasty adventure full of delicious diversity, highlighting the beautiful walk fom the village... We meet at Marienplatz where a short introduction is held before heading to our s...

Discover the Versailles of Munich in all its baroque glory with your own expert guide. Learn about a...

The Nymphenburg Palace is one of the biggest Baroque palaces in Germany and a cultural masterpiece of international standing. 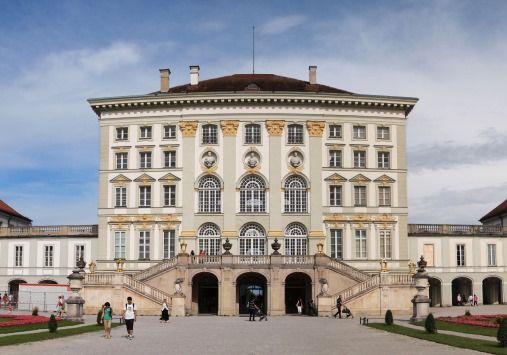 The Nymphenburg Palace is one of the biggest Baroque palaces in Germany and a cultural masterpiece of international standing. It was the summer residence of the Bavarian electors and kings, and the birthplace of Ludwig II. The authentically preserved room in which Ludwig II was born can be viewed in the Queens’ Apartments. The portrait of his mother Marie belongs to the famous ‘Gallery of Beauties’ painted for King Ludwig I by Joseph Stieler. The Steinerner Saal (Great Hall) was decorated in Rococo style by Johann Baptist Zimmermann and Francois Cuvillies the Elder under Elector Max III Joseph. Few rooms are open to the public, but the gardens together with the pavilions - the Amalienburg, the Badenburg, the Pagodenburg and the Magdalenenklause, are worth exploring. The Amalienburg hunting lodge in the Palace Park was one of the king’s most important sources of inspiration, designed by Francois Cuvillies. Its unique Hall of Mirrors is a stunning creation of Rococo architecture in silver and blue. The Badenburg, partly covered in Chinese wallpaper, features a Banqueting Hall, a 2-storey Bathing Hall (with a viewing gallery ;)) and a Monkey Cabinet, which has ceiling murals of dressed monkeys in anthropomorphic poses. Across the lake from the Badenburg is the Monopteros or Temple of Apollo. The octagonal Pagodenburg has an exotic charm combining European and Oriental decorative elements. The Magdalenenklause was built as an artificial ruin of a chapel in grotto to evoke monastic simplicity and austerity.

The Bauml Collection at the Museum of Nymphenburg Porcelain traces the development of the porcelain manufactory from its foundation in 1747 to 1920. Highlights are the sculptures by porcelain artist Franz Anton Bustelli and porcelain plate paintings of the 19th century.

The Marstallmuseum houses an outstanding collection of historical state carriages, gala coupes, ceremonial sleighs and riding equipment from the Royal Coach House and saddle-room of Bavarian rulers. The highlights are vehicles belonging to Ludwig II, which are far more magnificent and elaborate than the Baroque conveyances which inspired them. The king used them largely for night-time trips in the mountains, where they made a great impression on the few people who saw them. The royal crown on the State Sleigh was already lit by a light bulb and the carriages had leaf springs – like the cars a few years later. The combination of historic forms with modern technology is typical of this period. Ludwig II can only really be understood once his carriages and sleighs with their magnificent harness have been seen. Also on display in the museum are 26 portraits of his favourite horses by Friedrich Wilhelm Pfeiffer.

Also on the grounds is a restaurant adjacent to the royal greenhouses.

Nymphenburg Palace and Nearby Sights on Map

Museum of Man and Nature

The museum gives modern, lively exhibitions suitable for visitors of all ages and education levels

In 1804-1814 originally built to be a botanical garden, Old Botanic Garden was rearanged to serve as a park in 1914

Covering an area of 21 ha (52 acre) the Munich Botanical Garden in the borough of Nymphenburg is one of the most important botanical gardens of the world and is visited by over 400,000 visitors every year

Located between Rotkreuzplatz and Nymphenburg Canal, this modern Roman Catholic church was erected between 1997 and 2000, after the previous church had been destroyed by a fire in 1994

Constructed at the end of the 19th century, St

The Löwenbräu Brewery has one of the oldest beer gardens in Munich, with a history dating back as far as 1383

This vast park was created for the 1972 Summer Olympics and is still a vibrant place for outdoor activities, sports and cultural events

Founded in 1397, the brewing site moved to its present-day location in Maxvorstadt in 1854

With a total height of 291 m (954 ft), a revolving restaurant at 182 m (597 ft), and an observation platform at 190 m (623 ft), the Olympic Tower is not only Munich's highest building, but also provides the most spectacular view of the city of Munich with the Bavarian Alps in the background

This is the house in the former Olympic village, where the Black September hostage situation took place and several several members of the Israeli Olympic team were murdered