Coram's Fields is a unique seven acre park for children, with a playground, pet corner, nursery and duck pond.. 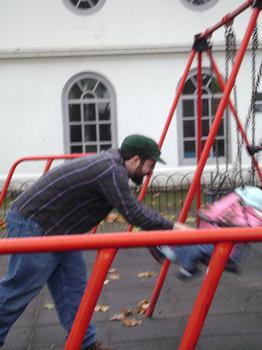 Coram's Fields is a unique seven acre park for children, with a playground, pet corner, nursery and duck pond.

Coram's Fields and Nearby Sights on Map

The Charles Dickens Museum on Doughty Street in London is at the former home of the renowned novelist, holding an important collection of material relating to the him

The Foundling Museum tells the story of the Foundling Hospital, an orphanage for abandoned children founded in the eighteenth century which continues today as the children's charity Coram

The Honorable Society of Gray's Inn is one of the four societies of the Court in London which hold the exclusive right to call qualified legal professionals to the bar, i

Russell Square is the largest square in London, established in 1806 by the 5th Duke of Bedford whose statue can still be found here

Sir John Soane's Museum is befittingly at the former home of the neo-classical architect Sir John Soane, displaying some of the eclectic objects he collected during his lifetime, including the Egyptian alabaster sarcophagus of Seti I with hieroglyphics, Roman mosaics, Pompeii bronzes, drawings by Christopher Wren, and paintings by artists such as Turner, Canaletto and William Hogarth

Bloomsbury Square is the oldest garden square in London, established by Lord Southampton in 1665 and opened to the public in the 1950s

The official book depository of the United Kingdom, the British Library holds a copy of every book ever printed here, and a wide variety of periodicals