The Willis Building on Lime Street is a skyscraper designed by Norman Foster right opposite Lloyd's of London.. 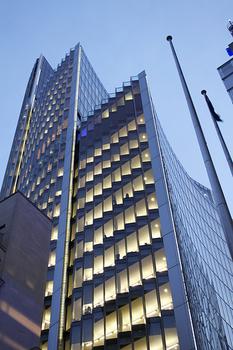 The Willis Building on Lime Street is a skyscraper designed by Norman Foster right opposite Lloyd's of London.

Willis Building and Nearby Sights on Map

The headquarters of world's most famous insurance market, housed in a revolutionary (at the time) bizarre, Matrix-like glass-and-steel building designed by Richard Rogers, with all support services (lifts, ventilation, etc) suspended outside

Designed by one of Britain's leading architects, Sir Norman Foster, and recipient in 2004 of the Stirling Architectural Prize for Best Building

All Hallows by the Tower

All Hallows by the Tower is the oldest church in the city, founded by Abbey of Barking in 675 AD