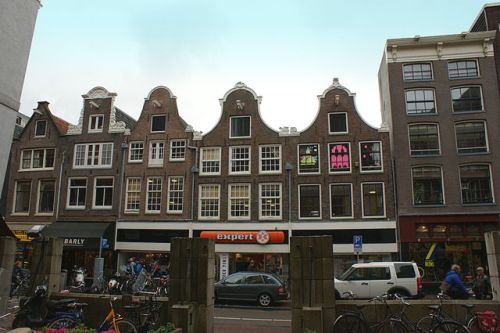 Haarlemmerstraat is one of Amsterdam’s best shopping streets, with a variety of shops selling apparel, accessories, home furnishings, souvenirs, gifts, books, electronics and specialty delicatessens. A good place to pick up souvenirs.

Haarlemmerstraat and Nearby Sights on Map

The Leidesplein is a lively square in Amsterdam, surrounded by numerous shops, restaurants, cafes, and entertainment venues

One of the biggest stadiums in the world, the Amsterdam ArenA is home to FC Ajax

Netherlands is the land of tulips, and the Keukenhof Gardens are the horticultural pinnacle of tulip flower shows in April each year

Museum of Bags and Purses

Tassen museum Hendrikje - the Museum of Bags and Purses in Amsterdam is dedicated to historic handbags, purses and suitcases, showcasing a collection of over 4000 artifacts from the 16th century onwards

Rembrandtpark is a sprawling, peaceful park in west Amsterdam with ponds, playgrounds and the Zoo De Uylenburg, the oldest petting zoo in Amsterdam