This attractively painted Romanesque church has been the center of the southwest's African American community from its construction in 1886 until the urban renewal project.. 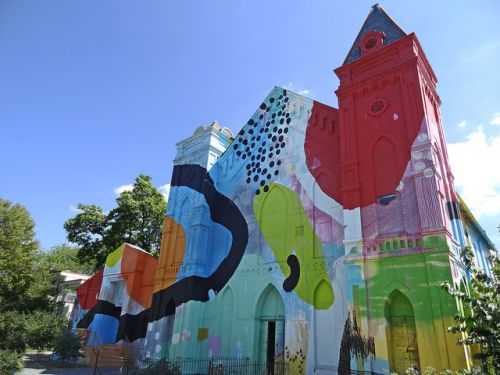 This attractively painted Romanesque church has been the center of the southwest's African American community from its construction in 1886 until the urban renewal project.

Friendship Baptist Church and Nearby Sights on Map

St Dominic's, built in 1875, served as the center of the European Catholic community just west, and its working belltower remains one of the area's principal landmarks