Possibly the hardest memorial to find on the Mall-perhaps fitting for the least known founding father memorialized here. 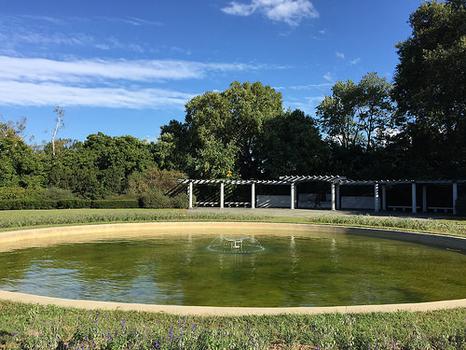 Possibly the hardest memorial to find on the Mall-perhaps fitting for the least known founding father memorialized here. George Mason is best known in the D.C. area for the nearby university named in his honor. Ideally, though, he would be better known as the drafter of the 1776 Virginia Declaration of Rights, which served as the basis and inspiration for the American Declaration of Independence and Bill of rights, as well as the French Declaration of the Rights of Man, and the United Nations Universal Declaration of Human Rights. It's a beautiful memorial, and can be empty even in the height of tourist season.

George Mason Memorial and Nearby Sights on Map

Thomas Jefferson played an outsized role as one of the USA's Founding Fathers, the principal author of the Declaration of Independence, and the third president

Both a museum and a memorial, this space is dedicated to the exposition of just what exactly occurred during the Holocaust, its pointless inhumanity and unbelievable suffering

This is the oldest art gallery in the American capital, housed in a beautiful, large Beaux-Arts building