This beautiful building was the first major museum on the mall, built as the National Museum in 1881 to house the Smithsonian's earliest collections. 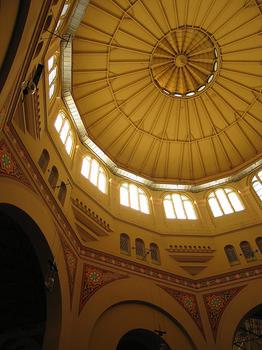 This beautiful building was the first major museum on the mall, built as the National Museum in 1881 to house the Smithsonian's earliest collections. The collections have since been moved to the Natural History and American History museums, but the building still does host occasional exhibits (and serves as office space for the Smithsonian). Currently closed for renovation.

Arts & Industries Building and Nearby Sights on Map