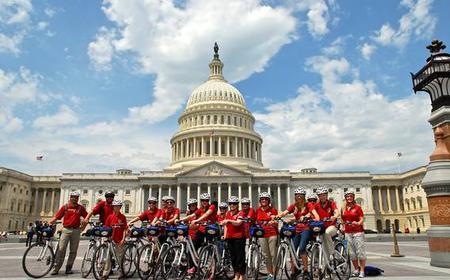 Cycling is a great way to familiarize yourself with the heart of Washington, D.C. Bike the sites of ... 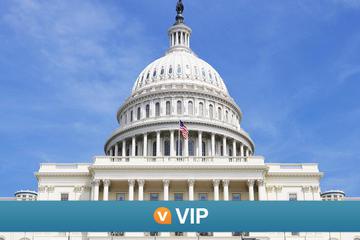 Viator VIP: Best of DC Including US Capitol and National Archives Reserved Access, the White House and Lincoln Memorial 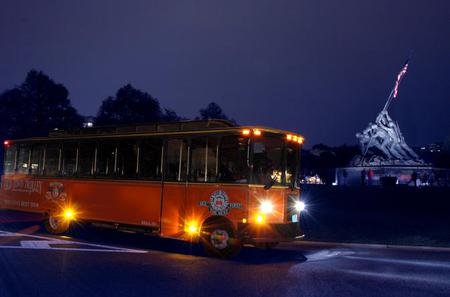 You haven't seen Washington DC until you've seen it at night! On this narrated evening tour, you'll ... 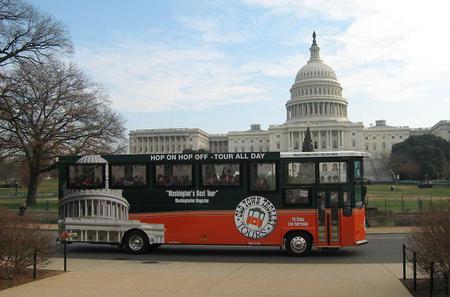 Enjoy a 90-minute panoramic trolley tour of Washington, DC with one stop.<br>The tour route will max... 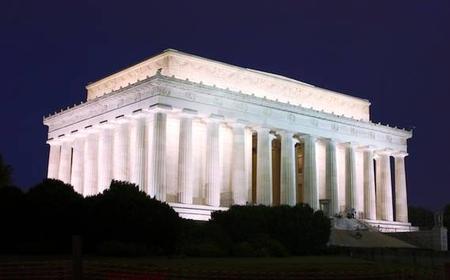 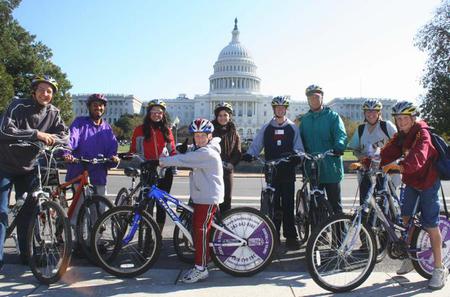 ...hts in Washington DC, and take breaks with your guide to walk around and explore attractions like the Lincoln Memorial. 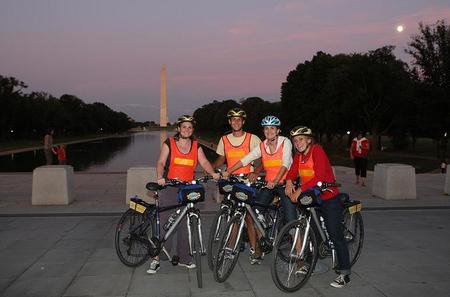 See the famous sights of Washington by night including the Vietnam War Memorial, Jefferson, Lincoln ... 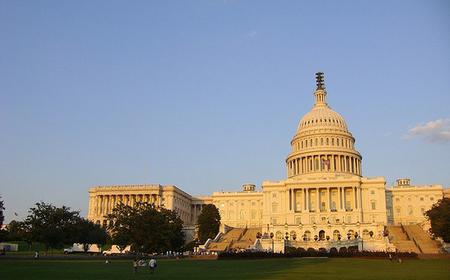 DC It All! Washington DC in One Day Sightseeing Tour

...as the White House, Capitol Building, Lincoln Memorial, and more. Then cruise down the Potomac River on a private yacht. 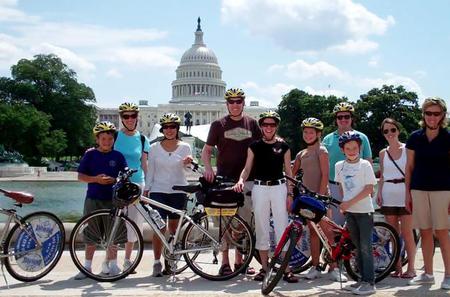 ...hington. Sites you will see include the Lincoln Memorial, White House, Supreme Court and the Capitol. This three-hour Wa... 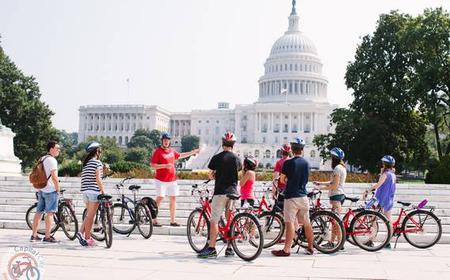 ...ol to the Lincoln Memorial, your guide will lead you past all the top sites, sharing entertaining stories along the way. 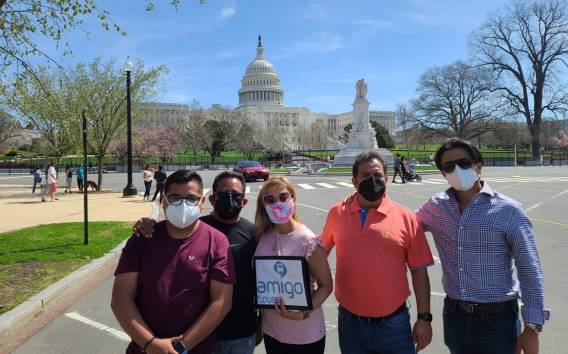 Washington DC 1-Day Tour from NYC with US Capitol Option

Experience a fully guided tour of Washington and Philadelphia. Visit and learn about the most iconic... 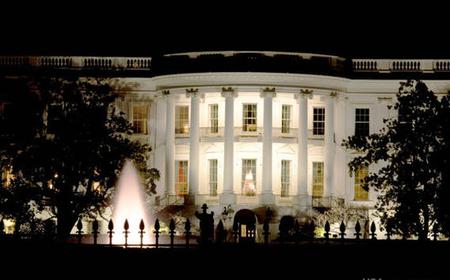 DC at Dusk - Night Tour of the National Mall

...ours visiting the breathtaking Jefferson and Lincoln Memorials, the Vietnam Memorial, and the Marine Corps War Memorial. 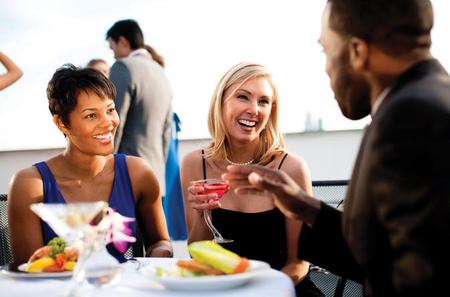 Join a cruise around the capital and admire the cities skyline while on board this wonderful 2-hour ... 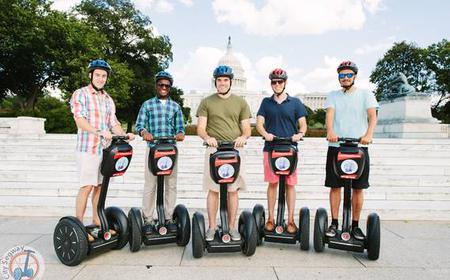 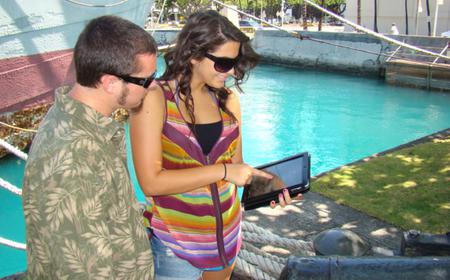 ...rting at the National Mall, between the Lincoln Memorial and the White House, learn all about the iconic capital's color... 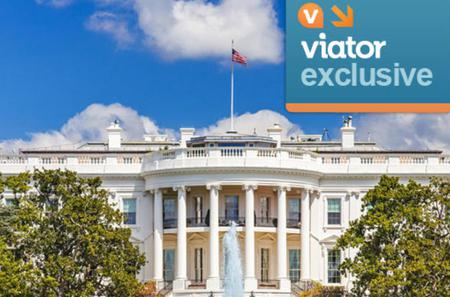 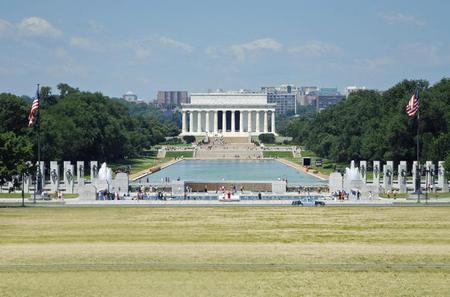 &#13; &#13; Immerse yourself in America's rich history on this small-group guided tour of the coun... 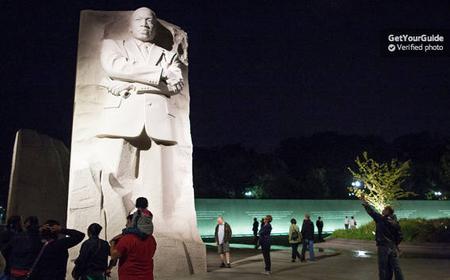 ...tour. Stand on the steps of the glowing Lincoln Memorial and walk past the magically-lit fountains of the WWI Memorial. ...

Overlooking the lawns and Reflecting Pool of the National Mall in Washington DC, the Lincoln Memorial is an awe-inspiring monument that honors the 16th President of the USA. 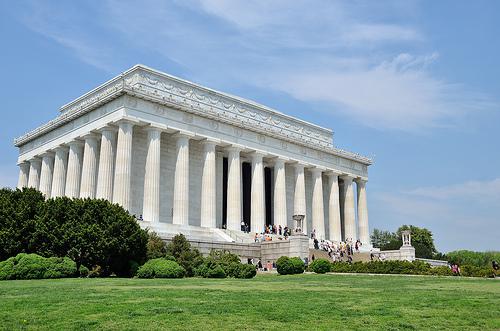 Modeled after the Greek Temple of Zeus, it has a flight of steps leading up to the Memorial which are flanked by buttresses with tripods on Roman fasces. The marble façade features a peristyle of 36 fluted Doric columns, one for each of the 36 states in the Union at the time of Lincoln's death. The entrance has two 44 feet tall columns, which frame the commanding statue of Lincoln inside in the central chamber.

The 19 feet tall statue by Daniel Chester French depicts Lincoln sitting contemplative in the middle of the Civil War, his arms resting on representations of Roman fasces. The wall behind the statue has pilasters framing an epitaph - IN THIS TEMPLE AS IN THE HEARTS OF THE PEOPLE FOR WHOM HE SAVED THE UNION, THE MEMORY OF ABRAHAM LINCOLN IS ENSHRINED FOREVER. The north chamber displays inscriptions of Lincoln's second inaugural address on 4-March 1865 in which he exhorted all Americans to unite. The South chamber has a plaque engraved with his famous Gettysburg Address of 1863 that was delivered at the dedication ceremony for the Soldiers National Cemetery.

The view from the Lincoln Memorial, with the Reflecting Pool in the foreground leading to the World War II Memorial, with the Washington Monument just behind and the Capitol Building in the distance across The Mall, is famous and not to be missed. 2000 feet long and 167 feet wide, the Reflecting Pool with a tinted bottom has been modeled after the grand canals at Versailles and Fontainebleau. Along with the Lincoln Memorial, it has been the site of several historic moments in America's past, from civil rights marches to the annual Fourth of July Fireworks. This was the setting for Martin Luther King Jr's 'I Have a Dream' speech, which he gave from the steps of the memorial to a crowd of 250,000 that didn't fit very well - many of them stood in the pool itself! The banks of the pool have verdant lawns where you can find the Vietnam Veterans Memorial, 56 Signers of the Declaration of Independence Memorial, DC War Memorial, and Korean War Veterans Memorial.

Lincoln Memorial and Nearby Sights on Map

Located in the Constitution Gardens of the National Mall in Washington DC, the Vietnam Veterans Memorial honors members of the U

The Department of State offers guided tours of its formal reception rooms, used for official meetings with foreign representatives