Ride around DC on this 2-hour segway tour. Tour famous landmarks on your way, suc...

Ford's Theatre in Washington DC is a National Historic Site that is preserved as the site of the assassination of President Abraham Lincoln by John Wilkes Booth on 14-April 1865. 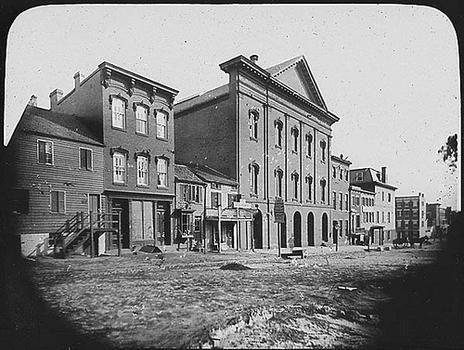 Ford's Theatre in Washington DC is a National Historic Site that is preserved as the site of the assassination of President Abraham Lincoln by John Wilkes Booth on 14-April 1865. It hosts stage performances, and also exhibits the historic sites and memorabilia associated with Lincoln.

Constructed in 1833 as the First Baptist Church, the building has also been used variously as a warehouse and office. The Ford's Theatre Museum exhibits items from the Olroyd Collection of Lincolniana, including items related to the assassination such as the Derringer pistol used for shooting, Booth's diary, Major Rathbone's gloves, contents of Lincoln's pockets when he was killed, his coat, deathbed pillow, and the original door to the theatre box where he sat.

Across the road is the Peterson House where Lincoln was carried to after the shooting and breathed his last.

Ford's Theater and Nearby Sights on Map

The renovation is the talk of the town

This museum is the 'other' flashy, and exceptionally expensive, East End tourist attraction (other than the Spy Museum, that is)

It's not clear whether the small-government Republican would enjoy having one of the biggest, most expensive recent federal buildings ($768 million), filled with agencies like USAID and U

Named in honor of Martin Luther King Jr who penned his famous 'I have a Dream' speech at the Willard Hotel on this square, the Freedom Plaza is a popular space for political protests and events in Washington DC

Koshland is very much on the small side for D