A massive, modern exhibition centre used for concerts, conventions and the like. 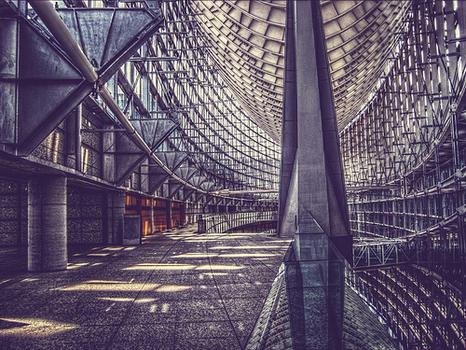 A massive, modern exhibition centre used for concerts, conventions and the like. On weekdays there are usually several food wagons selling boxed lunches, but aside from this there may not be much of interest to the casual tourist -- except, of course, the impressive design. The atrium may be the most well-known symbol of the building, and one is able to stroll up the long, spiral walkway that runs along its glass-and-steel walls. The Tokyo Tourist Info Center, which used to be here, has been relocated to Shinjuku.

Tokyo International Forum and Nearby Sights on Map