The Forbidden City, also known as the Palace Museum, is the imperial palace of the Ming (1368-1644) and Qing (1644-1911) dynasties, a grand-standing symbol of the might and stateliness of their court

Explore one of the most impressive historical sites in Beijing and discover the secrets that have be...

Explore one of the most impressive historical sites in Beijing, and discover the secrets that have b... 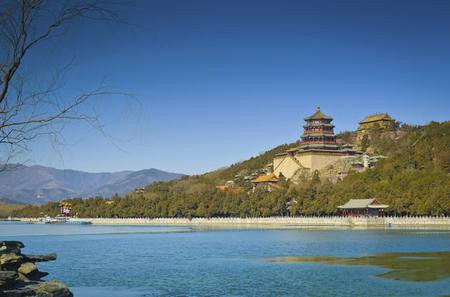 See all the classic Beijing sights on a full-day sightseeing tour covering Tianan... 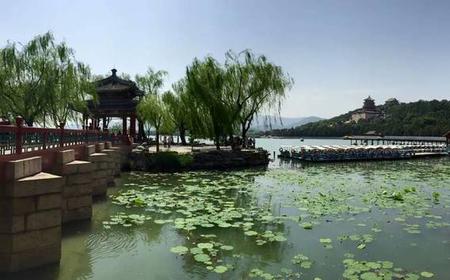 Explore the history of China on a 7-hour coach tour of some of Beijing’s most iconic sites, includin... 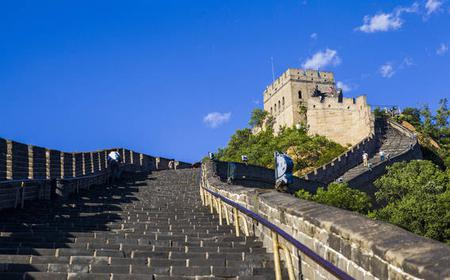 Visit some of the top attractions of Beijing and the surrounding area on this guided group tour. You... 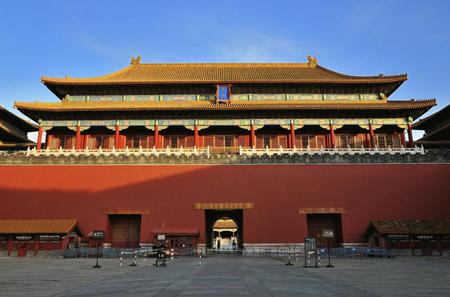 If your time in Beijing is short, take this full-day tour to see all the essentia... 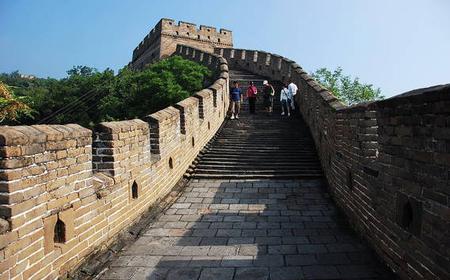 Explore the former home of 24 Chinese emperors in Beijing's Forbidden City. Be stunned by the scale ...

Explore the history and hidden stories of Forbidden City. With skip-the-line access and an experienc... 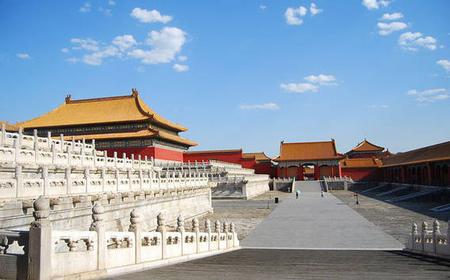 .... See the Tiananmen Square, explore the Forbidden City, and take a hike along the Mutianyu section of the Great Wall. Le... 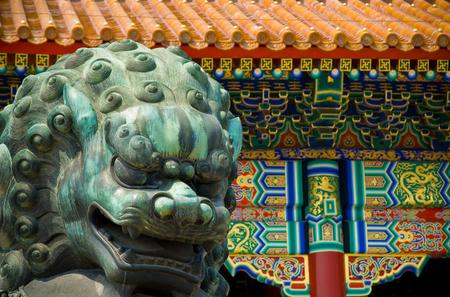 Beijing Historical Tour including the Forbidden City, Tiananmen Square and Temple of Heaven

Get to know Beijing and its amazing history by visiting three of the city's most ... 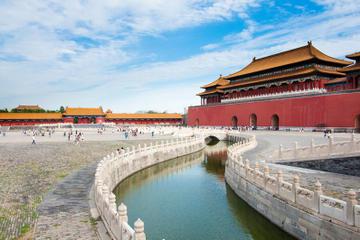 Visit the Great Wall of China and Forbidden City in one day. Skip the line at the... 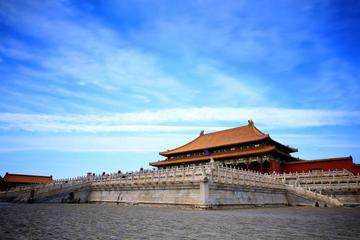 This private day highlight tour will show you 3 most popular and must see attract... 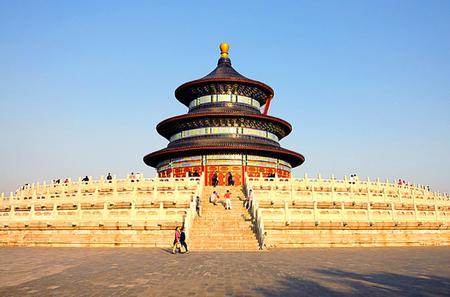 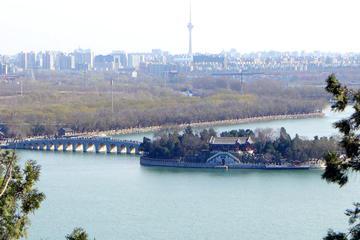 This private day tour is a comprehensive introduction to the most popular attract... 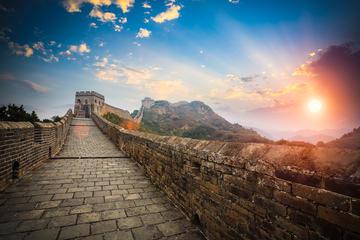 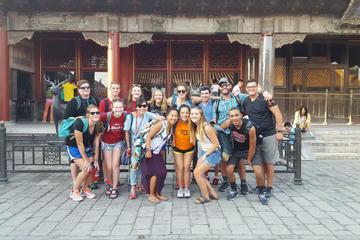 This ultimate Forbidden City tour will take you see 18 palaces including The Anti... 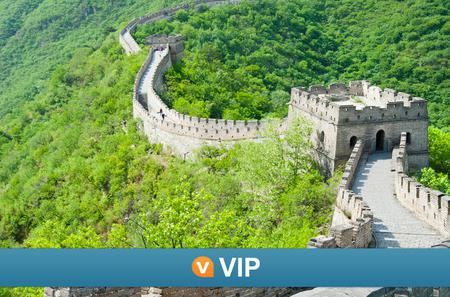 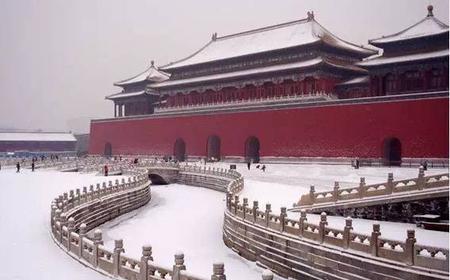 Learn more about the Ming and Qing dynasties of imperial China on a comprehensive small group walkin...

The Forbidden City, also known as the Palace Museum, is the imperial palace of the Ming (1368-1644) and Qing (1644-1911) dynasties, a grand-standing symbol of the might and stateliness of their court. 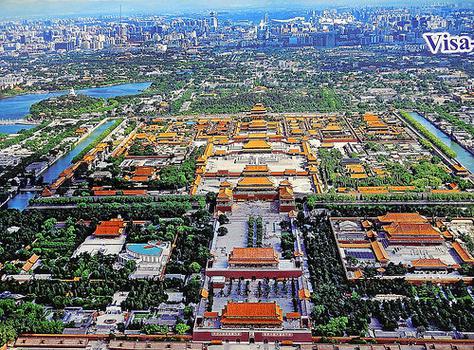 The Forbidden City, also known as the Palace Museum, is the imperial palace of the Ming (1368-1644) and Qing (1644-1911) dynasties, a grand-standing symbol of the might and stateliness of their court. It is a UNESCO World Heritage Site and exemplifies traditional Chinese palatial architecture. Home to twenty-four emperors, the largest and best-preserved palace in the world was off-limits to commoners in the past, which led to it being called Forbidden City.

Surrounded by a 52 metre wide moat and 7.9 metre high city walls, the complex has 980 buildings spread over 180 acres. As you enter, you will encounter the enormous spectacular courtyard, which is the beginning of an entirely different world from the rest of the city. Despite the transformation of the city around it, the Forbidden City remains mercifully relatively untouched. Get there when the gates open (around 8.30AM) if you want to explore the courtyards in relative peace.

Almost all buildings have glazed tile roofs in yellow, the color of the emperor. The sloping ridges of building roofs are decorated with a line of statuettes led by a man riding a phoenix and followed by an imperial dragon. The outer palace consisting of the Hall of Supreme Harmony, the Hall of Complete Harmony and the Hall of Preserving Harmony was the hub of political activity. The inner palace consisting of the Palace of Heavenly Purity, the Hall of Union and Peace and the Palace of Earthly Tranquility served as the residence of the emperor. Only two-fifths of the area of the palace is opened but more sections open all the time. Wandering to the right or left can yield some beautiful secluded courtyards.

There are an astounding 1,807,558 artefacts in the permanent collection, with rare and valuable works of art including paintings, ceramics, seals, stelas, sculptures, inscribed wares, bronze wares and enamel objects. This is truly the spot to appreciate the might and grandeur of the Imperial Chinese court during the height of its power in the Ming and Qing dynasties. There are gift shops where you can pick up souvenirs.

Forbidden City and Nearby Sights on Map

Worth a peek if you're in the area

The Tiananmen Gate or Gate of Heavenly Peace is a symbol of China, dominating the northern end of the

Narrow strip of landscaped park along a small stream

Beautifully landscaped park with lots of trees and bamboo