Port Jackson is the natural harbour of Sydney, comprising the Sydney Harbour, North Harbour, Middle Harbour, and the Lane Cove and Parramatta Rivers

Book a table for a Sydney Harbour dinner cruise aboard the our flagship vessel MV... 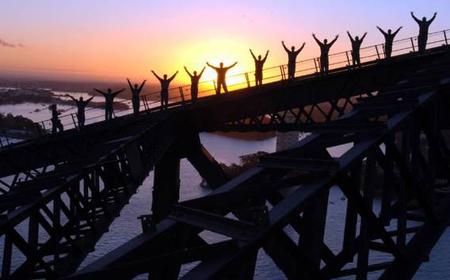 See Sydney at its best - take the Climb of Your Life with BridgeClimb Sydney. From dawn until dusk, ... 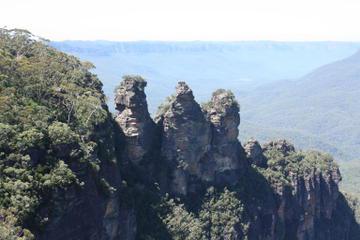 Spend one day sightseeing in Sydney and another day exploring the Blue Mountains ... 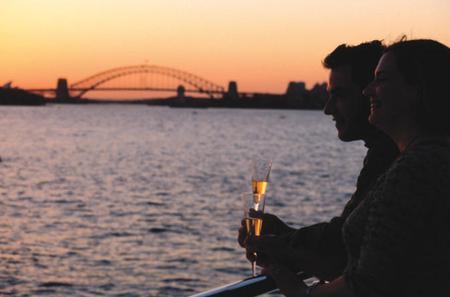 Cruise Sydney Harbour and watch Sydney light up on an early-dinner sunset cruise ... 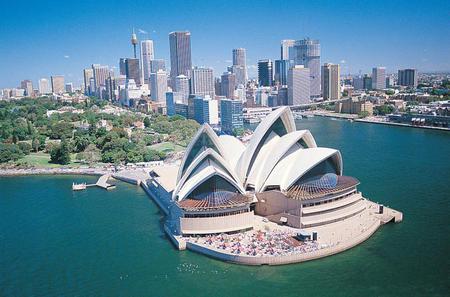 Discover Sydney and its surroundings on a full-day tour that combines a morning v... 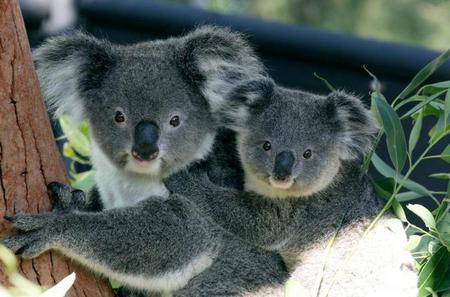 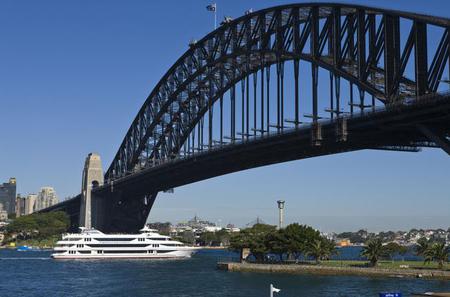 Take in panoramic views of top city attractions from the waves on this 2-hour Syd... 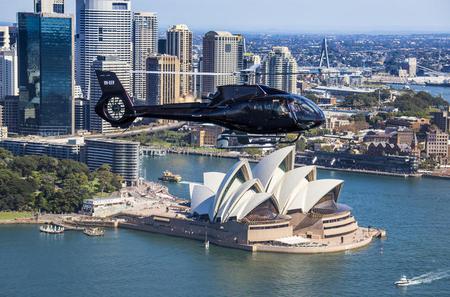 Fly over beautiful Sydney Harbour by helicopter for a bird's-eye view of Sydney. ... 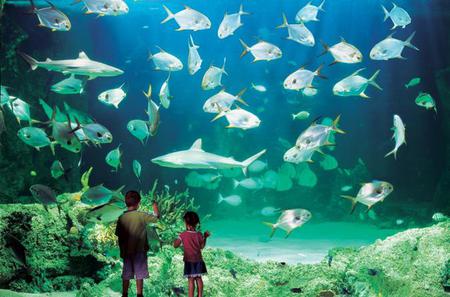 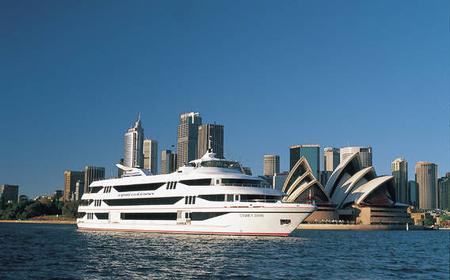 Discover the beauty of Sydney Harbour on a 2-hour sightseeing cruise. Hear stories about Sydney's hi...

Discover the best way to see Sydney in all its glory. See full panoramic views of Sydney’s eastern c... 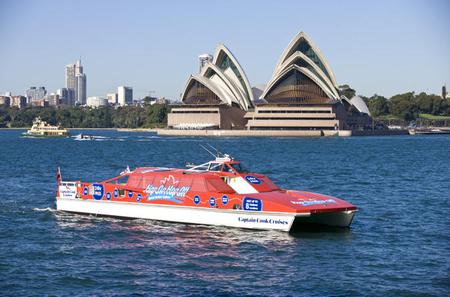 There's no better way to see the sights of Sydney Harbour than on a hop-on hop-of... 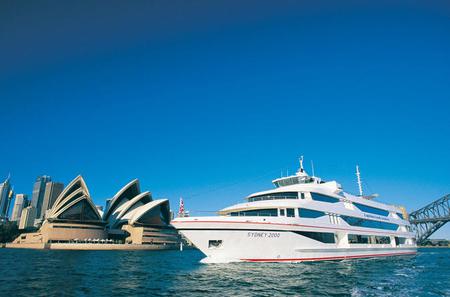 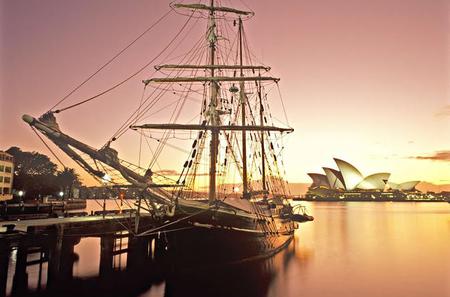 Step aboard the beautiful Southern Swan or the magnificent Soren Larsen and set s... 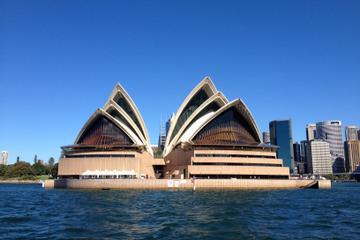 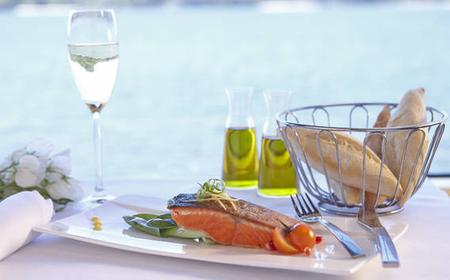 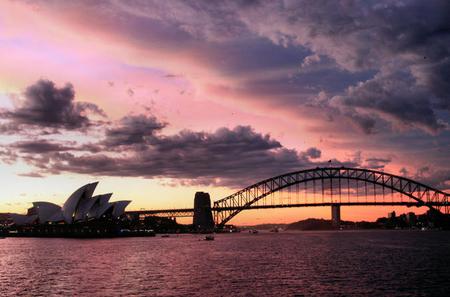 Treat yourself to a premium dining experience on Sydney Harbour. Cruise in luxury... 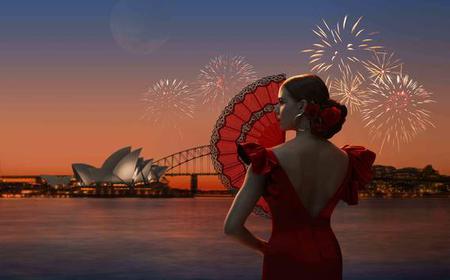 Handa Opera on Sydney Harbour: the cultural event of the year. Drink in the view as the setting sun ...

Port Jackson is the natural harbour of Sydney, comprising the Sydney Harbour, North Harbour, Middle Harbour, and the Lane Cove and Parramatta Rivers. 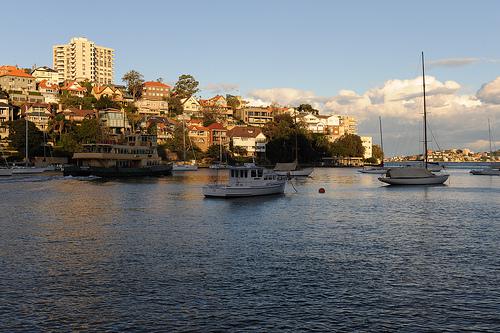 Port Jackson is the natural harbour of Sydney, comprising the Sydney Harbour, North Harbour, Middle Harbour, and the Lane Cove and Parramatta Rivers. A 12 mile long inlet of the Tasman Sea in the South Pacific, it is the largest natural harbor in the world by navigational area. Port Jackson is considered to be the location of the first European settlement in Australia and has since then continued to play a key role in the history and development of Sydney. It is the principal port of New South Wales, and draws not only commercial cargo ships, but also cruise ships and tourists who come here to admire the beautiful views of the Sydney Opera House and Harbour Bridge. You can get picturesque sunset views from nearly any of the 70 harbor beaches in the metropolitan region. Sydney Harbor also has numerous outdoor activities for more adventurous visitors - sailing, kayaking, scenic flights, jet-boating, and even climbing the Harbor Bridge. There are several islands in the area such as Shark Island, Clark Island, Fort Denison, Goat Island, Cockatoo Island, Spectacle Island, Snapper Island and Rodd Island.

Port Jackson and Nearby Sights on Map

Located on the waterfront in Sydney Harbour, the Taronga Zoo is home to the largest group of native and exotic wildlife in New South Wales, with over 4000 animals across 350 species

Vaucluse House is one of the oldest extant colonial buildings in Sydney, and became the first house-museum of the city when it was opened to the public in 1915

Situated on the island formerly known as Pinchgut in the Sydney Harbour, Fort Denison is the only Martello Tower built in Australia by the British Empire

The Green Point Foreshore Reserve in Sydney Harbour National Park offers great views of Lake Macquarie and scenic paths through bushland for cycling and walking starting from the end of Dilkera Avenue at Valentine, The Shores Way at Belmont, and Green Point Drive behind Belmont Hospital

The Kirribilli Point has the Gothic Revival style Kirribilli House which is the Sydney residence of the Australian Prime Minister, and the Admiralty House where the governor general stays when he is in town