Angkor Thom, the 'great city', is a 12th century Buddhist walled city on the west bank of the Siem Reap river 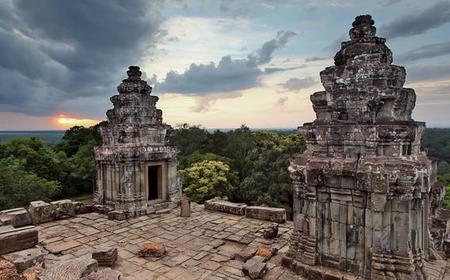 Discover the best of Cambodia on a compact time frame. Exploring the the uncover the majestic temples of Angkor.... 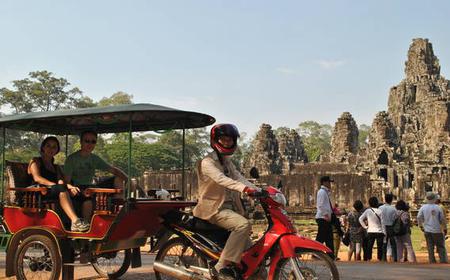 Discover the Angkor temples of Siem Reap on a 6-hour afternoon by tuk-tuk. Explore the former Royal ... 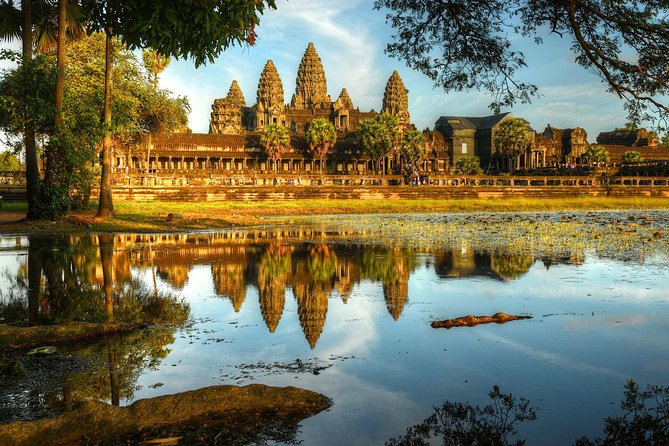 Angkor Thom, the 'great city', is a 12th century Buddhist walled city on the west bank of the Siem Reap river. 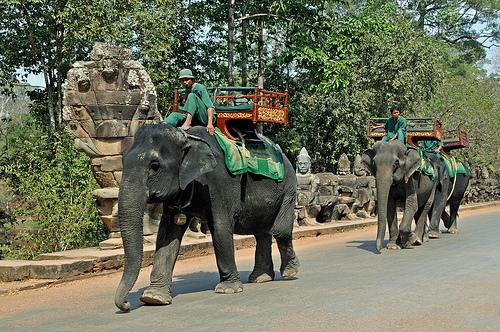 Angkor Thom, the 'great city', is a 12th century Buddhist walled city on the west bank of the Siem Reap river. Established by King Jayavarman VII, it was the last capital of the Khmer empire. It is part of the Angkor Archaeological Park that is a UNESCO World Heritage site.

Spread over a square area of 9 km2 enclosed within 8 metre high walls and a surrounding moat, it is centered around the stunning Bayon temple which is known for its massive stone faces of the bodhisattva Avalokitesvara, and bas-reliefs depicting historical events and scenes from the everyday life of the Angkorian Khmer. Sculptures illustrating scenes and characters from Hindu mythology can be found throughout the complex. The complex has 5 gates - the Ghost Gate or Gate of the Dead in the east, the Gate of the Pot in the north, the Takaho door in the west, the Gate of the river Oum in the south which is the best preserved of all, and the Victory Gate in the east, in front of the Royal Palace. Each of the 5 monumental gates feature a queue of 54 devas (Gods) against a queue of 54 asuras, illustrating the legend of the 'Churning of the Milky Oceans'. The 23 meter tall sandstone towers are crowned with 4 heads, while the lower halves resemble 3-headed elephants plucking lotus flowers with their trunks.

Walk around the complex to see the Baphuon temple mountain (representation of Mount Meru), Phimeanakas temple next to the Royal complex, Terrace of the Leper King, and the Terrace of Elephants which once served as a base for the king's grand audience hall. Angkor Thom was one of the locations where few scenes from Lara Croft: Tomb Raider were shot.

Angkor Thom and Nearby Sights on Map

Banteay Srei or 'Citadel of Women' is a 10th century Hindu temple complex dedicated to Shiva, the 'destroyer' in the Hindu Trinity