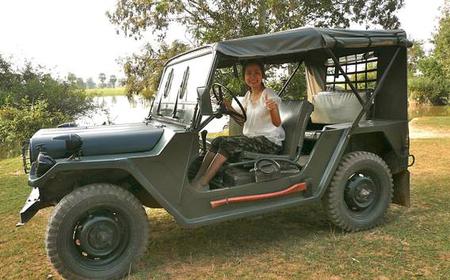 Go on an unforgettable jeep adventure to explore some of the most spectacular temples in Cambodia. V... 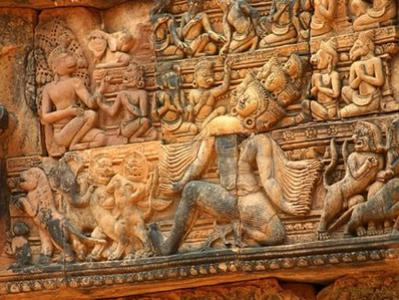 Explore the sprawling monastic complex of Ta Prohm in the jungle and marvel at the massive fig and s... 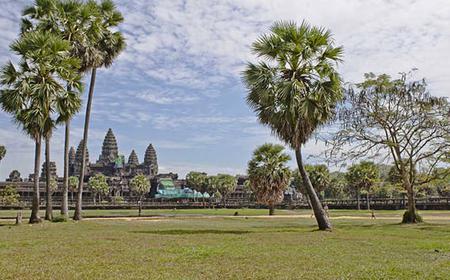 Explore the ancient Khmer capital of Angkor Thom, and see its Bayon temple and Terrace of the Elepha... 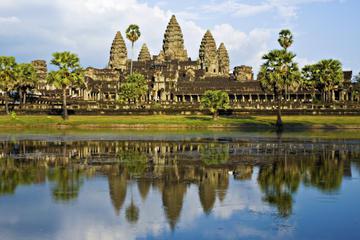 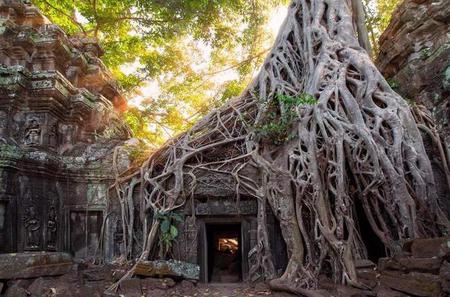 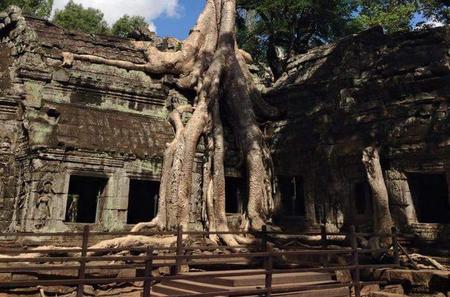 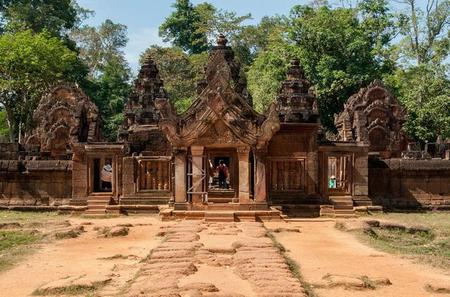 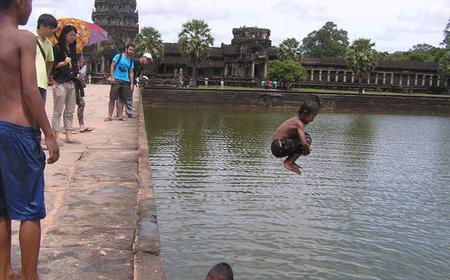 Explore the many temples of the Angor complex on this 2-day tour. You’ll visit Angkor Wat, Bayon Tem... One of the most alluring and photogenic sites in Cambodia, the Ta Prohm temple is part of the UNESCO World Heritage Site of Angkor. 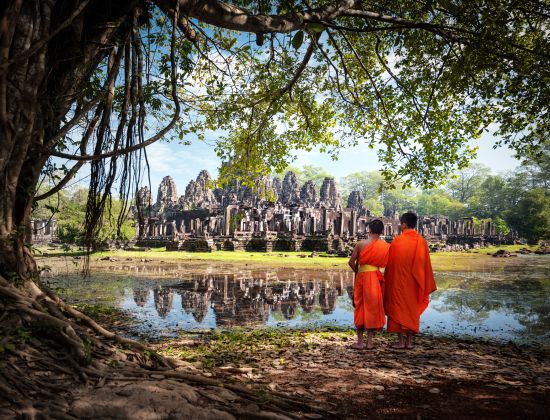 One of the most alluring and photogenic sites in Cambodia, the Ta Prohm temple is part of the UNESCO World Heritage Site of Angkor. The gorgeous ruins in the midst of a tranquil jungle form an awe-inspiring sight, wrapped in the roots of ancient trees. Originally called Rajavihara, Ta Prohm was established in the 12th-13th century by Khmer King Jayavarman VII as a Bayon-style Mahayana Buddhist monastery and university. After the fall of the Khmer Empire in the 15th century, it was abandoned and lay neglected for centuries during which the crumbling ruins covered in lichen and moss became interwoven with the strangler figs and silk-cotton trees around it.

Laid out as a typical flat Khmer temple, the east-oriented complex has 5 layers of concentric rectangular walls enclosing a central sanctuary tower. The outermost (fifth) wall, measuring 1000 metres by 650 metres, has entrance gopuras (pavilions) with face-towers in the cardinal directions. The House of Fire can be seen as you enter through the east gate. The inner enclosure walls have galleries, and the fourth enclosure has the Hall of Dancers. The third enclosure has a library, along with satellite temples in the north and south. The corner towers of the first (innermost) enclosure form a quincunx with the tower of the central sanctuary. The extant bas-reliefs depict scenes from Buddhist mythology, such as the 'Great Departure' of Siddhartha which triggered his conversion to the Buddha.

The gorgeous, mystical ruins were featured in the Angelina Jolie-starrer Tomb Raider.

Ta Prohm and Nearby Sights on Map

One of the oldest temples at Angkor, Pre Rup was built in the 10th century as the state temple of Khmer king Rajendravarman