The Castro District in Eureka Valley was one of the first gay neighborhoods in the United States, and continues to be a beacon in the fight for equal rights of the lesbian, gay, bisexual, and transgender (LGBT) community 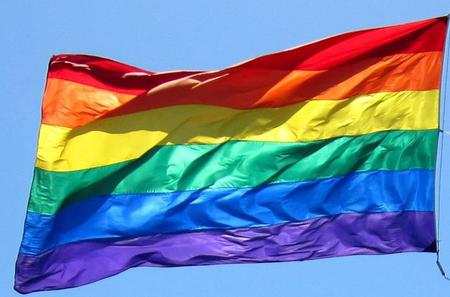 Cruisin' the Castro Walking tours celebrates 30 years of Pride and as San Francis... 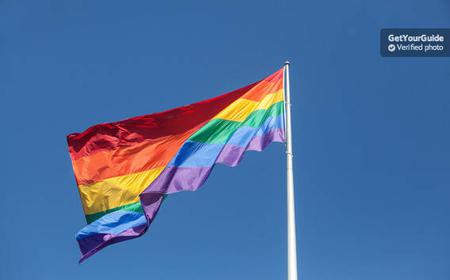 A 2-hour tour of the Castro will introduce you to the rich and diverse history of this neighborhood ...

Immerse yourself in the history of one of the most famous neighborhoods to drive LGBT+ rights moveme... 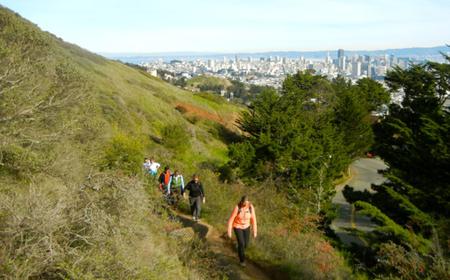 Enjoy killer views of San Francisco while getting a workout on a 3-hour hike of the stairways, hillt...

An inspiring, informative and moving tour that paints a great picture of the LGBTQ movement and the ... 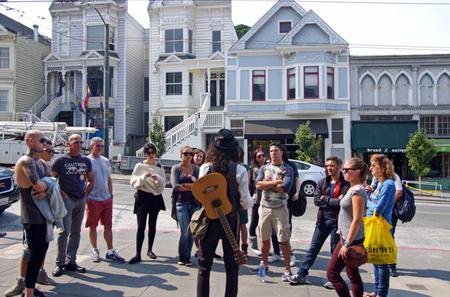 Explore the social movements and hip neighborhoods that shaped San Francisco into... 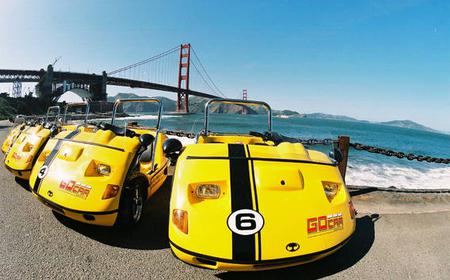 ...ancisco's best known and most famous landmarks, such as the Golden Gate Bridge, Haight-Ashbury, and the Castro District. 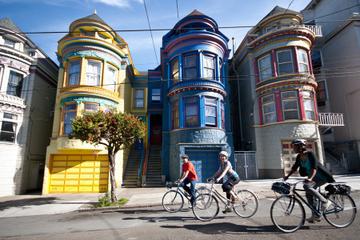 There’s no better way to immerse yourself in the magic of San Francisco than on a bicycle. The New Classic is your int... Bay In a Day Tour with Alcatraz

This full-day, small-group tour explores all the top San Francisco attractions of... 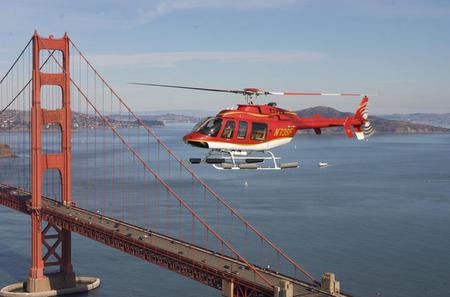 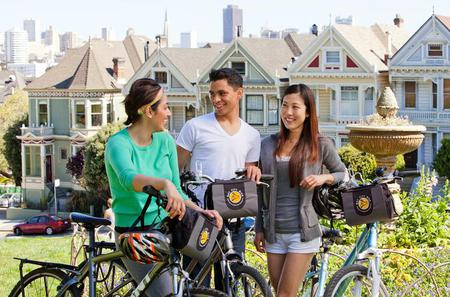 The San Francisco Sightseeing Pass with 3, 4, or 5 Attractions

Take a bite out of the Golden Gate City and enjoy some of the best local flavors ... 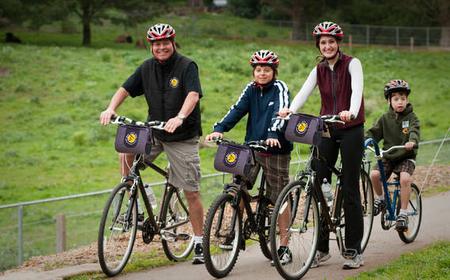 Explore Golden Gate Park and the areas surrounding it, including Alamo Square, Land’s End, Sutro Heights, the Castro, an... Come Jump on a City Tour with us to cruise through some of the 15 BEST City Highl...

There really is something for everyone when it comes to nightlife in San Francisc... Take a ride around San Francisco on our Electric Tuk-Tuks! Our electric rickshaws...

The Castro District in Eureka Valley was one of the first gay neighborhoods in the United States, and continues to be a beacon in the fight for equal rights of the lesbian, gay, bisexual, and transgender (LGBT) community. 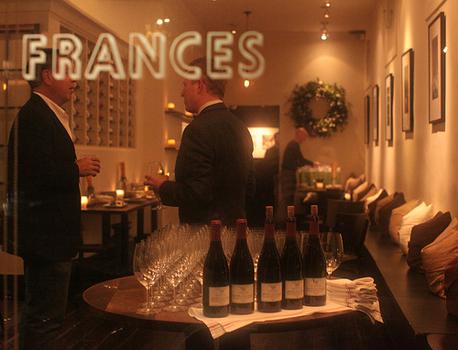 The Castro District in Eureka Valley was one of the first gay neighborhoods in the United States, and continues to be a beacon in the fight for equal rights of the lesbian, gay, bisexual, and transgender (LGBT) community. The flamboyant neighborhood is a centre for activism, hosting gay pride parades, protests, and events for people of diverse orientations. Walking tours are a great way to understand the inclusive culture of the Castro District and learn about its historical contribution to the gay rights movement. See rows of glitzy shops and bars with the rainbow flags flying high above the establishments, historic theaters, offbeat boutiques, adult shops, and rip-roaring nightclubs.

The Castro Street is the arterial road of the neighborhood. One of the landmarks on the stretch is the Castro Theatre, an Art Deco movie theater built in 1922 and lovingly restored to host local film festivals and showcase a repertory of classic films. Its grand Wurlitzer organ is a huge draw.

The Harvey Milk Plaza honors the eponymous leader of the gay rights movement and the district's most famous resident with a giant 30 x 20 ft rainbow flag on a 70 foot flagpole. Milk's home, camera store, and campaign headquarters at 575 Castro today houses the Human Rights Campaign Action Center and Store. There is a memorial plaque and commemorative mural inside, and you can pick up souvenirs such as T-shirts, key chains, lapel pins, bracelets, necklaces and sterling silver jewelry. A mural on the window of the building shows Milk looking down on the street.

Further down the Castro Street is the Rainbow Honor Walk, an LGBT Walk of Fame featuring bronze plaques honoring gay icons on the sidewalk.

The GLBT Museum traces over 100 years of LGBT history in the United States and equal rights movements that have shaped the culture of the city.

The Pink Triangle Park is a memorial to the thousands of persecuted gays in Nazi Germany during the Holocaust. Homosexuals were forced to identify themselves by pink triangle badges on their clothes, and the memorial is a solemn reminder of the oppression.

The Castro District has several vibrant nightclubs and bars, of which Twin Peaks is famous for being first gay bar in the city.

About The Castro District

The Castro District and Nearby Sights on Map

A small but fun children's museum with several interactive exhibits, including live animals, a science exhibit, a toddler play area, and a railroad exhibit which includes a model railroad layout which is open on Saturdays

Steep paths to the top of its 575' elevation lead to some nice views through the trees, but are easily circumnavigated by non-enthusiasts

The oldest building in San Francisco and one of the many Spanish missions in California, the white, intricately decorated towers of Mission Dolores tower over the neighborhood

This park is best known for the famous '''Painted Ladies''' row of Victorian houses on its east side along Steiner Street, which is often the subject of many a San Francisco postcard

An independent art-film theatre, with some of the best features shown in the country