Built by King Rama V in 1869, it was created to keep up with the tradition that each newly-appointed monarch erected a temple to mark his reign. 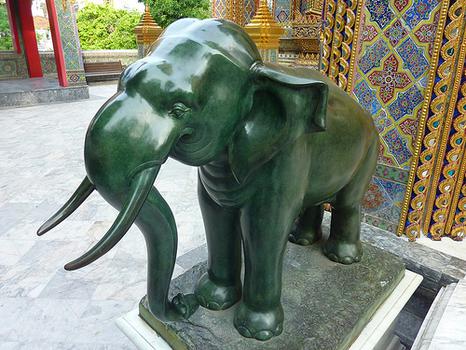 Built by King Rama V in 1869, it was created to keep up with the tradition that each newly-appointed monarch erected a temple to mark his reign. The temple is a mixture of local and Western styles, as the exterior of the chapel is in Thai style, but the interior copies the regal style of European monarchies. A major feature of this wat is the Royal Mausoleum on the west side of the temple grounds, which includes four white memorials in which the ashes of four Queens of King Rama V are interred. The one for Queen Savang Vadhana, grandmother of the current King, is the first on the left as you walk in eastward from the road.

Wat Ratchabophit and Nearby Sights on Map

Wat Suthat and the Giant Swing