The Bangkok Corrections Museum is located on the site of a former maximum security Bangkok Remand Prison built in 1890 during the reign of King Rama V. 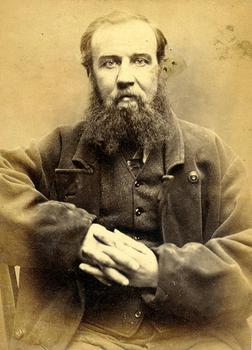 The Bangkok Corrections Museum is located on the site of a former maximum security Bangkok Remand Prison built in 1890 during the reign of King Rama V. Most of it has been torn down and turned into a public park, but three blocks, a cellblock, a side of the prison wall and two watchtowers were preserved and turned into a museum. It exhibits photographs and models of the old prison, torture weapons along with wax models depicting execution scenes. Furniture and crafts made by the prison inmates are also on display. The museum can only be visited after making an appointment, but some punishment instruments can be seen from the public park outside, so you don't necessarily need to enter the museum.

Corrections Museum and Nearby Sights on Map

The temple itself actually is rather small, though it does have some interesting features

This beautiful park is built near the Wat Anongkharam community where Somdej Phra Srinagarindra Boromarajajonani, HRH the Princess Mother (the mother of King Rama IX) had resided during her childhood

Wat Suthat and the Giant Swing