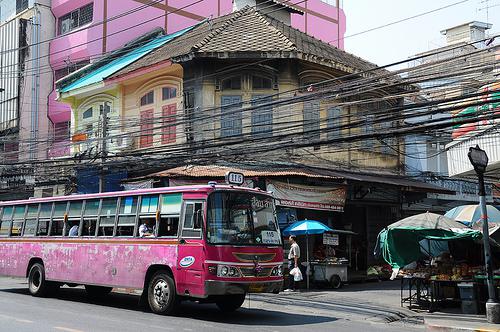 Charoen Krung Road and Nearby Sights on Map