The Banco do Brasil Cultural Centre has a gallery, movie theatre, video room, library and stages, all within a beautiful Art Deco building from 1906. 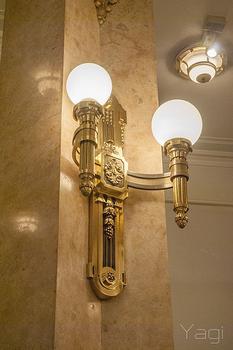 The Banco do Brasil Cultural Centre has a gallery, movie theatre, video room, library and stages, all within a beautiful Art Deco building from 1906. It usually hosts the main exhibitions in town.

About Banco do Brasil Cultural Centre

Banco do Brasil Cultural Centre and Nearby Sights on Map

The Casa França-Brasil is a Neoclassical building constructed in 1820, which serves as a French cultural centre with a gallery and video hall

Modeled on the Louvre in Paris, the National Museum of Fine Arts in Rio de Janeiro houses an important collection of Brazilian art