The Pedra Branca State Park is the largest ecological park in Rio de Janeiro, and the largest urban forest in the world, spread over 12,500 hectares. 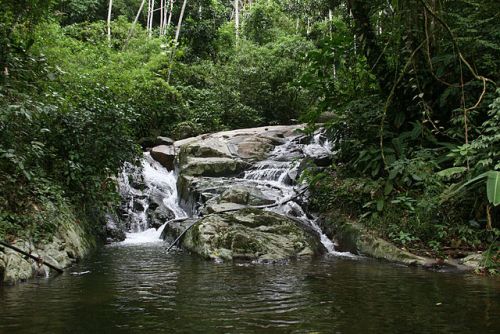 The Pedra Branca State Park is the largest ecological park in Rio de Janeiro, and the largest urban forest in the world, spread over 12,500 hectares. Vegetation is typical of the old Atlantic forest, and fauna includes ocelots, sloths, armadillos, and toucans. Beyond the nature, there are also ruins of several structures, such as old farmhouses.

Pedra Branca State Park and Nearby Sights on Map