Beautiful gardens with waterfalls, elephant shows, 'Cultural Extravaganza'performances 4 times a day, restaurants and so forth - enough to fill an entire day. Beautiful gardens with waterfalls, elephant shows, 'Cultural Extravaganza'performances 4 times a day, restaurants and so forth - enough to fill an entire day.. 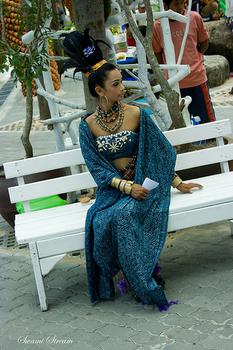 Beautiful gardens with waterfalls, elephant shows, 'Cultural Extravaganza'performances 4 times a day, restaurants and so forth - enough to fill an entire day.

Nong Nooch Tropical Garden and Nearby Sights on Map

The biggest laser-carved Buddha image in the world, it is 109 meter high and 70 meter wide etched on the Chi Chan moutain in 1996 to celebrate the 50th coronation anniversary of His Majesty King Bhumibol Adulyadej

It was constructed in 1976 for Somdet Phra Yanasangwon, the present Supreme Patriarch, and later was supported by His Majesty the King

Jomtien Beach, more popular among family vacationers, is in the southern part of the urban area, and separated from Pattaya Bay by Buddha hill

Houses an extensive collection of more than 300 pieces of artwork contained in glass bottles in the forms of well-known tourist attractions, churches, temples, palaces and ships