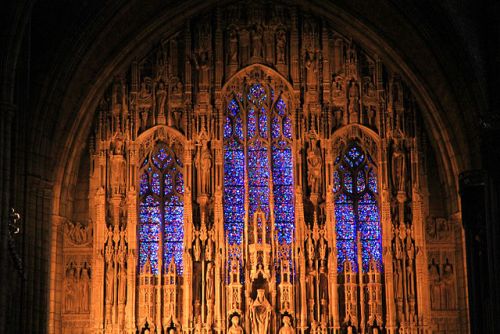 St. Thomas Church and Nearby Sights on Map

One of the greatest and most popular collections of modern art, on a par with the Tate Modern in London or Paris's Centre Georges Pompidou

Another pocket park which is celebrated among landscape architects and urban designers, Paley is a great place to relax, with plenty of chairs below a canopy of trees and a waterfall spanning the entire back wall of the park

The Paley Center for Media

See the Rockettes, another show, or just tour the famous Art Deco masterpiece

Top of the Rock Observation Deck

The Christmas Tree, the Skating Rink, NBC studios, the shops and hubbub - you can't miss it