Mumbai is named after the goddess Mumbadevi, the patron goddess of the city 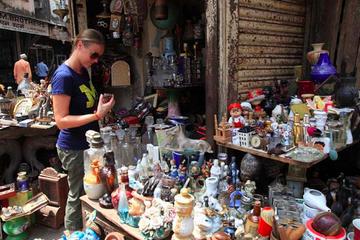 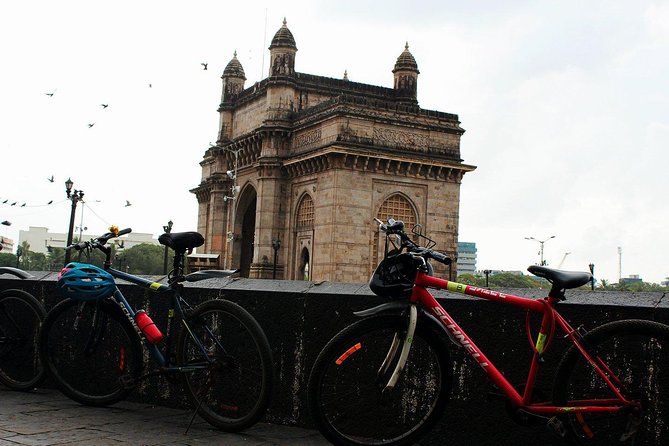 You will be up bright and early to meet your guide and collect your bicycles before you head to the ...

Mumbai is named after the goddess Mumbadevi, the patron goddess of the city. 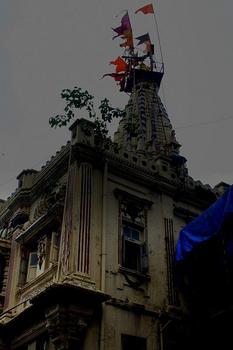 Mumbai is named after the goddess Mumbadevi, the patron goddess of the city. The shrine dedicated to Mumbadevi is believed to have been originally built by Koli fisherman in the 1st century BC on the site now occupied by the Chhatrapati Shivaji Terminus. It was moved to its present location at Phansi Talao in Bhuleshwar in 1737.

The silver doors of the temple lead to the modern shrine which contains an orange-faced idol of the goddess Mumbadevi with eight arms holding different objects such as conch and mace, seated on Vrushabh bull or other vaahan (carrier) depending on the day of the week. The idol is adorned with a silver crown, nose stud and a golden necklace. To the left is a stone idol of goddess Maa Annapurna, seated on a peacock with a tiger in front. Idols of Hanuman, Sri Krishna, Siddheswar, Vinayak and Indrani Amba are also worshipped in different temples in the same complex. There is also a rare shrine dedicated to Bahuchari Devi, patron goddess of the hijras (eunuchs).

Tuesday is the main day of worship. Worshippers insert votive coins in the temple railings for fulfilling their wishes. Newly married Hindu couples visit the shrine soon after marriage, seeking blessings from the goddess for a happy married life.

Mumbadevi Temple and Nearby Sights on Map

Zaveri Bazaar is the jewellery hub of not just Mumbai but the entire country, with hundreds of shops selling precious metals and gems

Raudat Tahera in Central Mumbai is the white marble mausoleum of Syedna Taher Saifuddin and his son Syedna Mohammed Burhanuddin, the 51st and 52nd Da'i al-Mutlaqs of the Dawoodi Bohra Ismaili Muslims

For a real slice of the busy, crammed urbanity that is Mumbai, head to Crawford Market

Chor Bazaar literally translates to Thief Market, and a lot of stolen articles are sold here at throwaway prices

Fashion Street is lined with street shops alongside the road

Marine Drive is a lovely promenade along the Arabian Sea, where all of Mumbai goes to get a breath of fresh air, away from the pollution and dirt of the city's cluttered innards