Supreme Court of Justice of the Nation, Mexico City

Supreme Court of Justice of the Nation, Mexico City 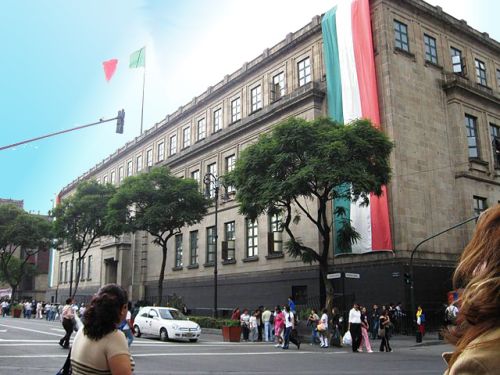 About Supreme Court of Justice of the Nation

The Plaza de la Constitución, better known as the Zócalo which translates to 'base', is the heart of Mexico City

Considered by many as one of the world's most beautiful buildings, the Palacio de Bellas Artes (Palace of Fine Arts) is a cultural centre that hosts art exhibitions, concerts, theatre, Ballet Folklorico de Mexico, and opera performances, as well as the Museo Nacional de Arquitectura

The Metropolitan Cathedral of the Assumption of the Most Blessed Virgin Mary into Heaven is the largest cathedral in the Americas, built from 1573 to 1813 combining 3 different colonial architectural styles - Renaissance, Baroque and Neo-classical

Tenochtitlan was the capital of the Aztec empire and the largest city in the pre-Columbian world, with the Great Pyramid of Templo Mayor being its main temple

The National Museum of Anthropology in Mexico City is a small museum with artifacts and models from the indigenous cultures of Asia (mainly from former Spanish colony of Philippines), Africa and America

Our Lady of Guadalupe