The three ornamental Chinese arches in Chinatown are worth a look. 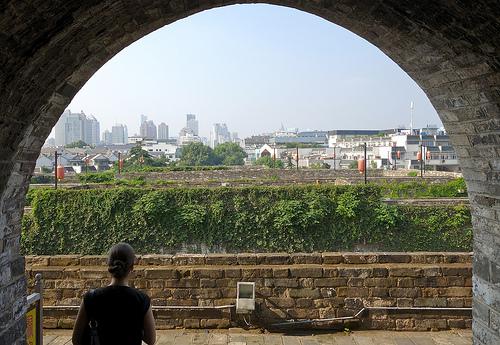 The three ornamental Chinese arches in Chinatown are worth a look. Built in the traditional Paifang style, the pillars are painted red and the arches decorated with intricate designs and Chinese calligraphy.

Chinese Arches and Nearby Sights on Map

The London Dungeon presents centuries of gore, as you walk through plague, the Great Fire, Torture Chamber and more from London's past of disaster, disease and torture

The 87-storey Shard, or the Shard of Glass, redefined the London skyline in 2012 when it was inaugurated as the tallest building in the European Union, with a viewing gallery and open-air observation deck at a height of 802 feet

The church is dedicated to St Magnus the Martyr, the pious and gentle earl of Orkney who was executed by his cousin in 1118 AD, and canonised in 1135 AD

The Fashion & Textile Museum, founded by veteran designer Zandra Rhodes, showcases the evolution of contemporary fashion from 1947 to the present day