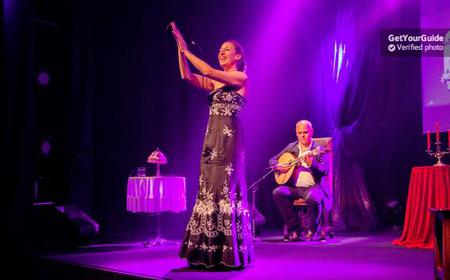 Experience the live 'Fado in Chiado' show and discover the music that expresses the true soul of Lis... 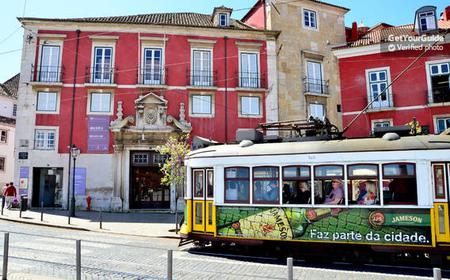 Take a 3-hour guided tour of Lisbon’s monumental icons, such as Rossio Square and Lisbon Cathedral. ... 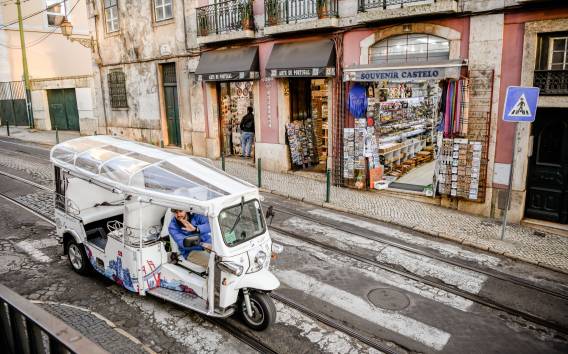 Climb aboard an eco-friendly tuk-tuk and explore the most historical and stunning areas of Lisbon on... 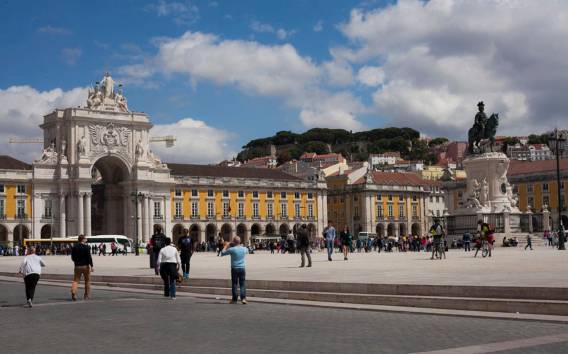 Enjoy a guided tour in a Tuk Tuk through Lisbon's city center with a knowledgeable guide. Marvel at ... 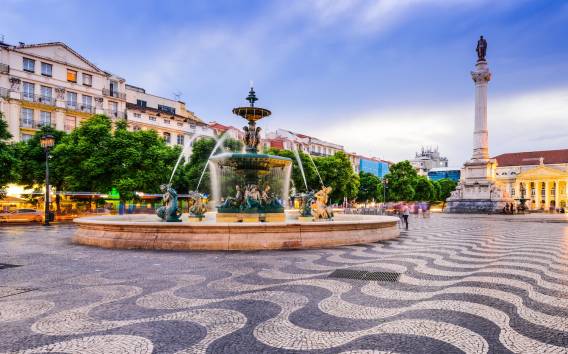 Explore Lisbon's famous neighborhoods of Baixa and Chiado with the help of a mobile guide. Discover ... 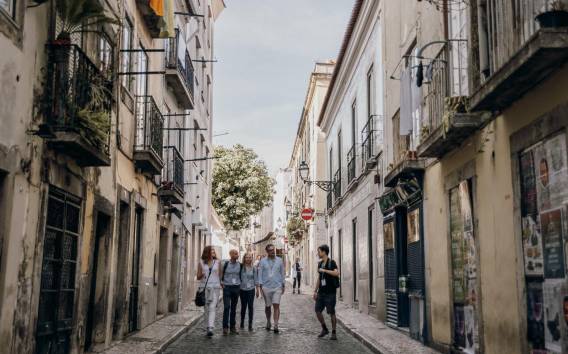 See popular sites and experience the culture and flavor of two of Lisbon’s most unique neighborhoods... 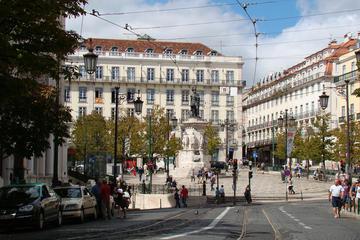 Watch Lisbon history on video while seeing top attractions and the oldest neighborhoods. Board a bus... 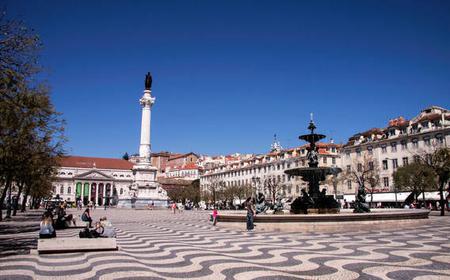 Meet one of the many facets of the city of Lisbon. Visit its historic neighborhoods, enjoy its iconi... 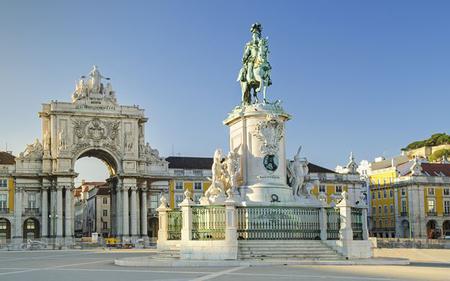 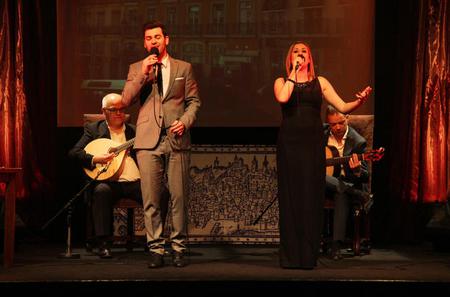 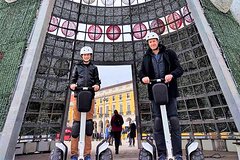 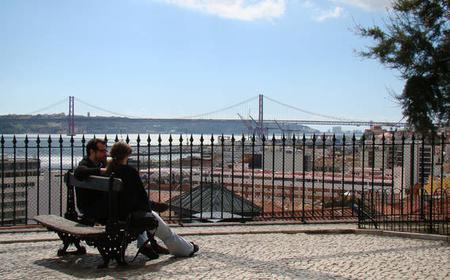 Take a guided walk through the charismatic streets of Chiado. Learn about its peculiar history and i... 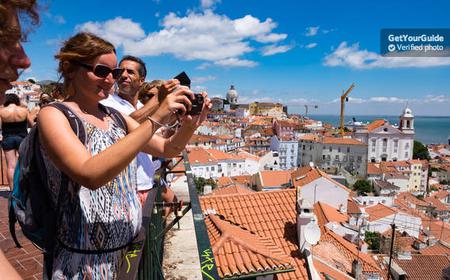 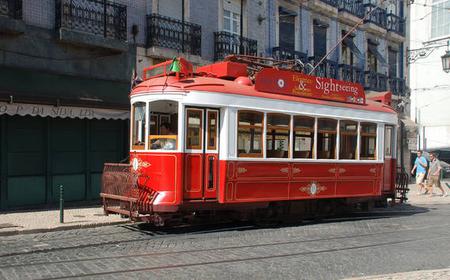 ...ional quarters of Alfama, Graça, Chiado, Bairro Alto, and Lapa. Experience the charm of Lisbon with your 24-hour ticket. 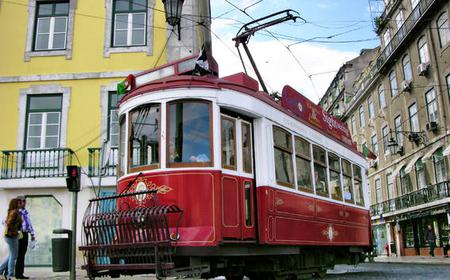 ...ram car, a trademark of the city, and later enjoy a live Fado folk show at a theater in Lisbon’s upscale Chiado quarter.

Chiado is an upmarket shopping district surrounding a charming square between the neighborhoods of Bairro Alto and Baixa. 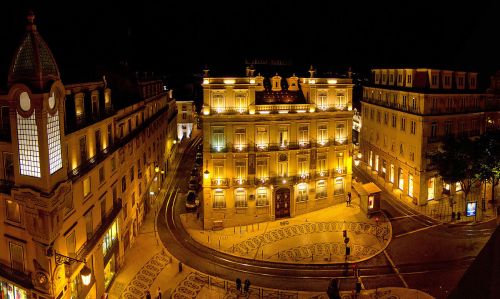 Chiado is an upmarket shopping district surrounding a charming square between the neighborhoods of Bairro Alto and Baixa. Named after poet António Ribeiro who was nicknamed chiado, the square has a bronze statue of the poet by sculptor Costa Mota. Most of the 18th-19th century buildings in the area were devastated by the fire of 1988, but were carefully restored thereafter to their original facades, while the interiors were modernized.

The Rua do Carmo and Rua Garrett are lined with trendy boutiques, shoe stores, and jewelry shops. At the heart of Rua do Carmo is the Armazens do Chiado, a high-end shopping mall with 54 retail outlets and several restaurants. The Bertrand Bookstore on Rua Garrett is the oldest operational bookshop in the world, tracing its inauguration back to 1732. Also on Garrett is the Paris em Lisboa, a home décor store that used to source its stock from Paris when it opened in 1888.

For history and culture enthusiasts, the area has no dearth of interesting attractions. The Teatro Nacional São Carlos on Rua Serpa Pinto is an elegant 18th century opera house with Rococo interiors inspired by Italian opera houses. The Museu Nacional de Art Contemporanea, better known as Chiado Museum, showcases contemporary Portuguese art from the late 19th to the 20th century in the former St Francis Convent. The Café A Brasileira at 120 Rua Garrett is a historic café that has a bronze statue of its most famous patron, poet Fernando Pessoa, on the pavement in front. The beautiful churches Igreja do Loreto and Igreja de Nossa Senhora da Encarnacao are also worth a visit.

Chiado and Nearby Sights on Map