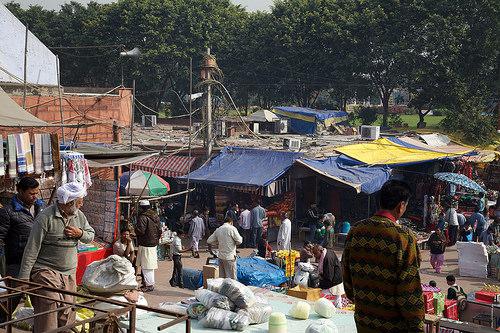 Masjid India Bazaar and Nearby Sights on Map

The Campbell Complex is a good shopping centre to buy textiles

The Sultan Abdul Samad Building on Merdeka Square houses the offices of the Ministry of Information, Communications and Culture of Malaysia

Merdeka Square, earlier known as the Selangor Club Padang, holds a significant place in Malaysian history as the place where the Union Jack was lowered for last time and Malaysian flag was raised for the first time on 31st August 1957, liberating the country from foreign rule and establishing it as a sovereign republic

Chinatown in Petaling Street is a riot of color and energy, with lots of Chinese goods, food and souvenirs stalls

The Pertama Complex opened in 1976 as Kuala Lumpur's very first shopping mall, and is still good for cheap shoes, leather ware and other knick-knacks