The Kuala Lumpur Railway Station is a Moorish style masterpiece designed by Arthur Benison Hubback, a British Architectural Assistant to the Director of Public Works 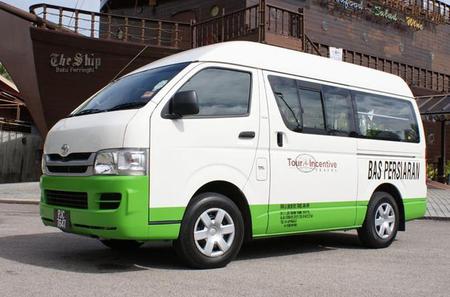 The Kuala Lumpur Railway Station is a Moorish style masterpiece designed by Arthur Benison Hubback, a British Architectural Assistant to the Director of Public Works. 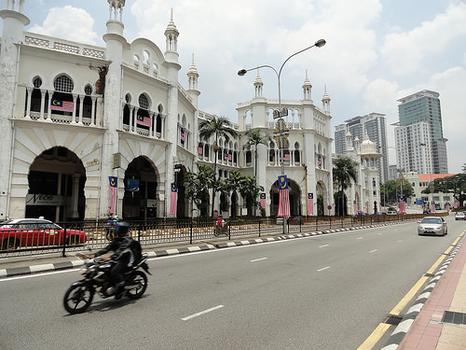 The Kuala Lumpur Railway Station is a Moorish style masterpiece designed by Arthur Benison Hubback, a British Architectural Assistant to the Director of Public Works. It is one of three grand British-built railway stations on the Malayan railway network, the other two being Ipoh and the non-operational Tanjong Pagar Railway Station in Singapore. It houses a mini-museum of Malaysian railway history.

Kuala Lumpur Railway Station and Nearby Sights on Map

The National Planetarium has a theatre screening 3D movies, a viewing gallery and an observatory

Masjid Negara, the National Mosque of Malaysia, is a modern building with a 16-pointed star shaped roof that resembles an open umbrella

Openend in 1890, the Tamil Sri Kandaswamy temple is located in at the eastern end of Jalan Scott

Chan She Shu Yuen Clan Association is the clan house (kongsi) of the Yuen family, the largest and oldest in Kuala Lumpur, with the present version completed in 1906

The Sri Mahamariamman Temple is an elaborate Hindu temple which is the starting point of the annual Thaipusam pilgrimage to the Batu Caves, where Hindu devotees haul portable altars pierced to their skin with 108 lances

One of the most interesting museums in Kuala Lumpur, the Islamic Arts Museum houses both modern and traditional Malaysia as part of the larger Islamic world and, through exhibitions of objects of religious and aesthetic significance, shows both the connection of Malaysian Islamic culture to the Muslim lands to its west and its uniqueness

The Kuala Lumpur Bird Park is home to 3000 birds across 200 avian species, from beautiful peacocks to alien looking birds from all over the world

Merdeka Square, earlier known as the Selangor Club Padang, holds a significant place in Malaysian history as the place where the Union Jack was lowered for last time and Malaysian flag was raised for the first time on 31st August 1957, liberating the country from foreign rule and establishing it as a sovereign republic