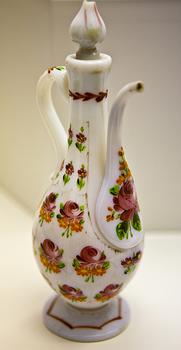 Carpets, rugs, calligraphy, pottery. With the same ticket, you can visit also the Ethnographic Museum downstairs where you can learn about the lifestyle of the Turks and their ancestors.

About Museum of Turkish and Islamic Art

Museum of Turkish and Islamic Art and Nearby Sights on Map

The Kapali Carsi or Grand Bazaar in Istanbul is the largest covered market in Turkey, and offers an inordinate range of breathtaking items at great bargains