A double-storey Roman one built during the reign of Valens (r. 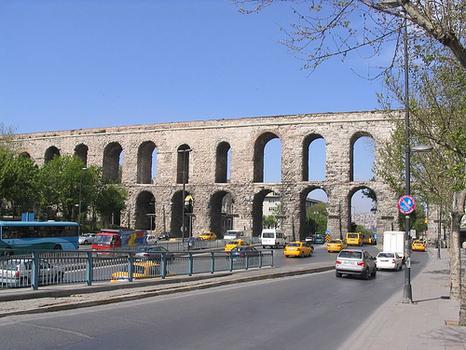 A double-storey Roman one built during the reign of Valens (r. 364-378) to provide the city with fresh water coming from the surrounding forests, this 921-metre long aqueduct spans the valley occupied by what is now Atatürk Boulevard (Atatürk Bulvarı), which lies in the very middle of the peninsula, connecting Aksaray with Unkapanı on the bank of Golden Horn and then Taksim Square, behind the opposite shore of Golden Horn. The aqueduct is one of the symbols of the city and it will likely welcome you to the city on your way from airport to hotel if you are going to stay around Taksim/Beyoğlu.

Valens Aqueduct and Nearby Sights on Map