Exhibits on the life of Sun Yat-sen.. 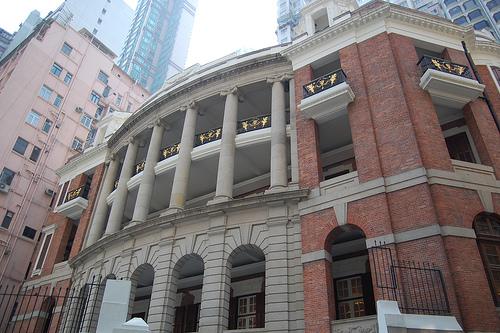 Exhibits on the life of Sun Yat-sen.

Dr Sun Yat-sen Museum and Nearby Sights on Map

The neighbour of one of the earliest hospitals in Hong Kong, Tung Wah Hospital, this museum shows how the healthcare system evolved from traditional Chinese medicine to modern Western medicine, via the establishment of numerous hospitals and the first medical school (now the University of Hong Kong), of which Dr

At 800 m long, this is the longest outdoor covered escalator system in the world

A small, free zoo with reptiles, primates, a jaguar, and rare and endangered birds and plants

Public square from the 19th century, originally with a number of royal statues, but now only with one statue of banker Sir Thomas Jackson

Adjacent to the Legislative Council Building, this is the place where disgruntled Hongkongers come to protest

The usual Tussauds waxworks with characters that appeal to Chinese interests