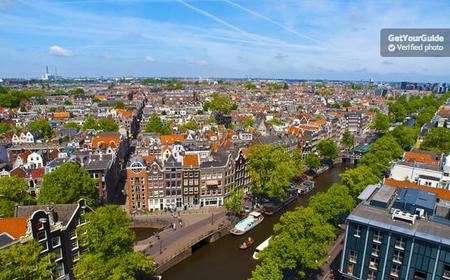 Take a walk through Amsterdam with a professional guide who will tell you about the city during WWII... 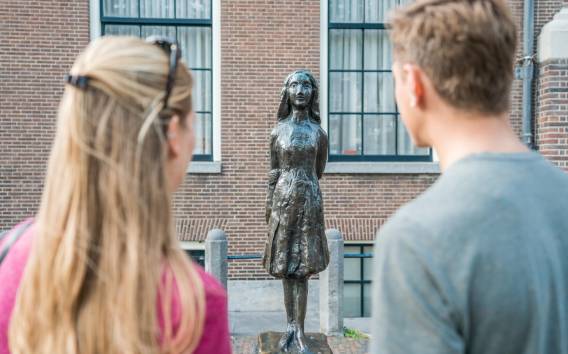 Learn about Anne Frank's life on a small-group or private walking tour of Amsterdam. Hear from an ex... 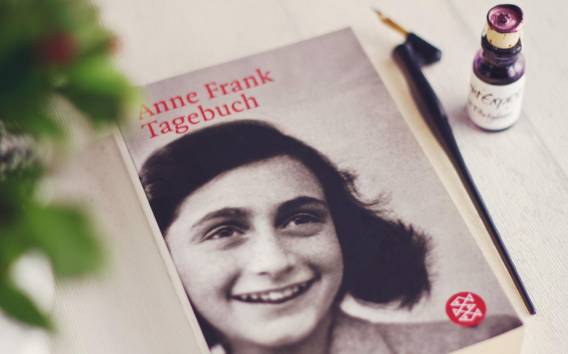 Experience a vivid tour of the Jewish Quarter of Amsterdam accompanied by passages of Anne Frank's d... 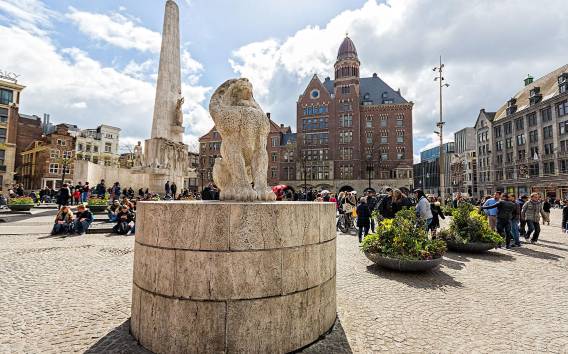 Join a 2-hour walking tour and discover what Amsterdam was like during the Second World War and how ... 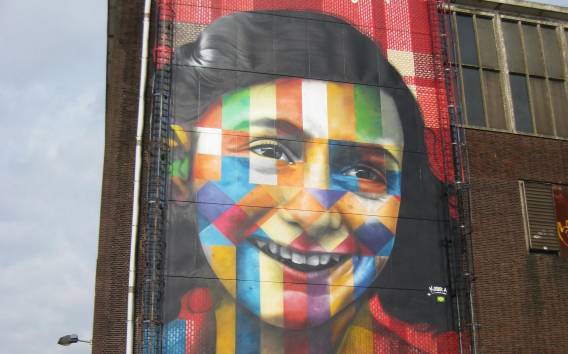 Explore Amsterdam and learn what it was like during the Second World War. Hear the story of Anne Fra... 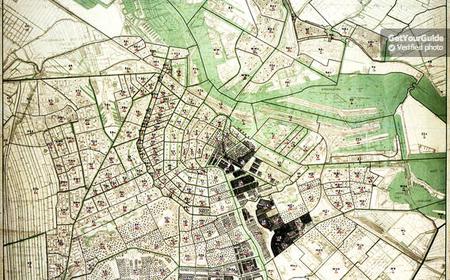 Walk in the footsteps of Anne Frank on this 2-hour private tour of the area where she spent her chil... 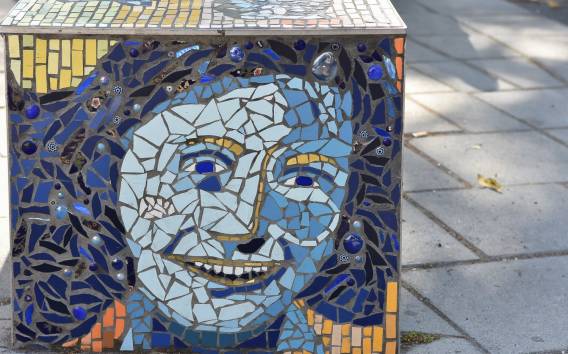 Walk in the footsteps of Anne Frank on this 2-hour small group tour of the area where she spent her ... 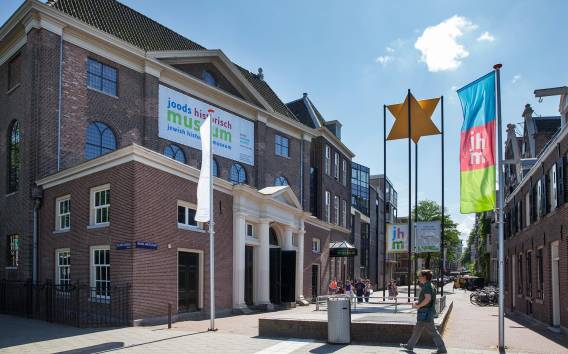 Visit the Jewish Cultural Quarter on your own before joining a 2-hour Anne Frank themed walking tour... 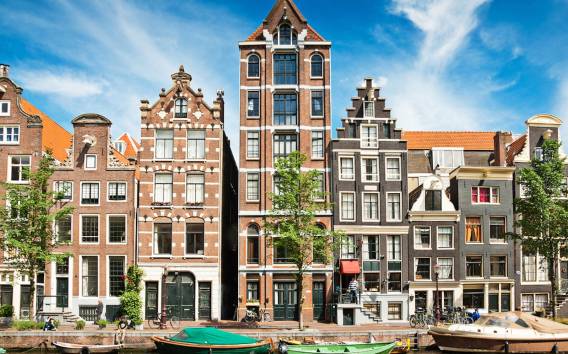 Take in several of Amsterdam's top attractions on a 3-hour tour in Spanish. Visit the Jordaan, learn...

See the sights of Amsterdam from its historic waterways on a 1-hour canal cruise with audio commenta... 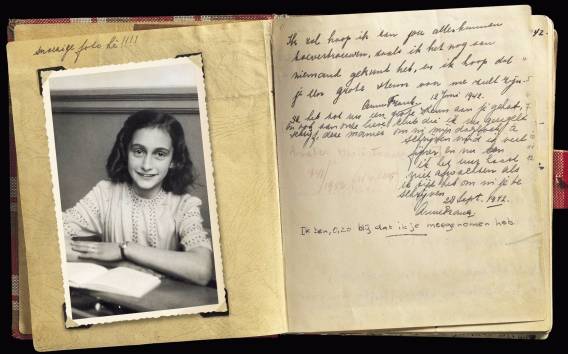 Walk in the footsteps of Anne Frank on a 1.5-hour tour. Visit the area where she lived until she wen... 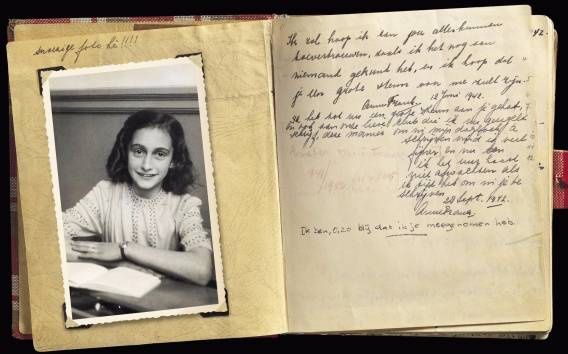 Explore the city’s historic Jewish Quarter during this 2-hour walking tour and learn about the fasci... 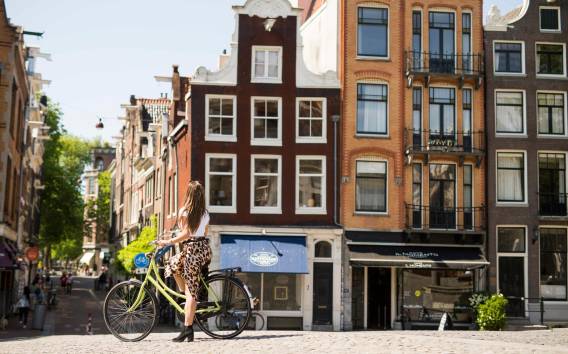 Small-Group Bike Tour in the Neighborhood of Anne Frank

A 2-hour bike tour through the River District of Amsterdam. Along the way you will have several stop... 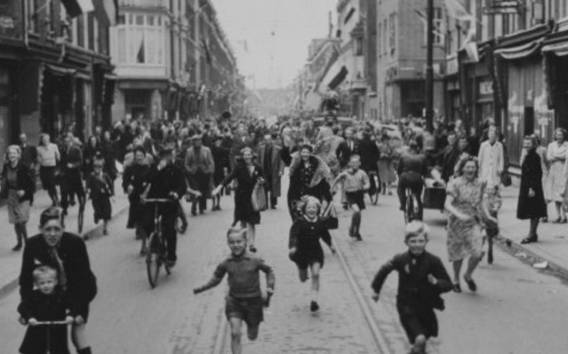 The diary of Anne Frank and history about the Second World War is a important subject at school. Thi... 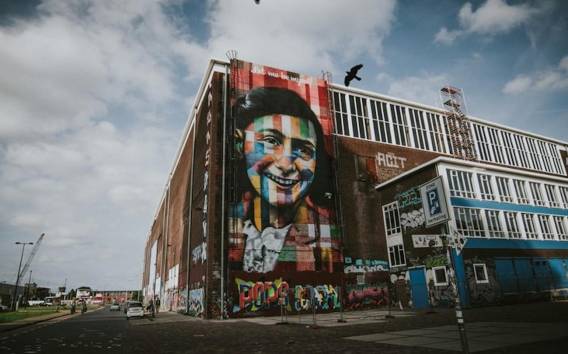 Join for a historic walking tour to reflect on the Jewish presence in Amsterdam before and during Wo...

Follow the famous story of Anne Frank as well as many other stories that happened during World War I... The famous Anne Frank House is where the Jewish girl Anne Frank wrote her moving diary while hiding with her family from the Nazis. 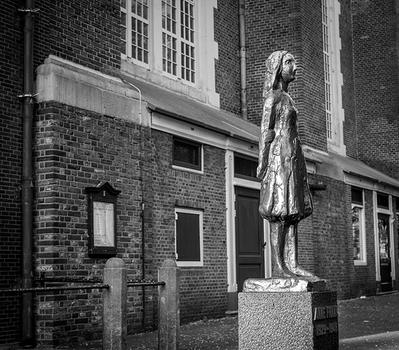 The famous Anne Frank House is where the Jewish girl Anne Frank wrote her moving diary while hiding with her family from the Nazis. The museum exhibits items related to the Franks' life in hiding, including Anne's red and green checked diary, drawings, letters and the shared kitchen. The achterhuis or rear house concealed behind a movable bookcase was the Secret Annexe where the family hid till they were betrayed and killed.

Being a very popular attraction, long queues form up at the entrance quickly, so it is advisable to book skip-the-line entrance tickets in advance. The Anne Frank House is open till 9 pm during the summer from April through October. Entry to Anne Frank is included in the Museumkaart, but not I Amsterdam Card.

The house at 263 Prinsengracht has 4 floors. At the entrance is a scale model of the house to understand the layout and relative location of the annex, followed by an overview of Anne’s early life. She was born in Frankfurt in 1929, but her family soon migrated to Amsterdam in 1933 to escape Nazi prosecution. In 1940, Germany invaded Netherlands and the Frank family (Otto, his wife Edith, daughters Margot and Anne) was forced into hiding. The Franks were later joined by the van Pels (Hermann, wife Auguste and son Peter) and dentist Fritz Pfeffer. Anne received her famous dairy as a gift from her parents on her 13th birthday, and chronicled their life in hiding. She later revised her writings on loose sheets of paper, hoping to get them published once they were free.

The ground floor was the location of the warehouse of Otto's companies Opekta and Pectacon where spices such as pepper and cloves were ground. The warehousemen were unaware of the secret hide-out.

On the first floor are the offices where the staff worked. Comprising Victor Kugler, Miep Gies, Johannes Kleiman and Bep Voskuijl, the staff were aware of the people in hiding, helping them with necessities such as food, clothing, books and newspapers.

The front annex of the second floor was the storeroom where the spices and supplies were stocked, with painted windows to protect the contents from sunlight. It leads to the movable bookcase which concealed the secret back annex. Behind it are 3 rooms – ✓Otto, Edith and Margot’s room, ✓Anne and Fritz’s room, and ✓the bathroom. Otto’s room has a map on which he tracked the advancing Allies as per news reports on the radio. There are also lines on the wall marking the heights of Anne and Margot at different times. Anne’s room was sparse, with 2 single beds and a reading desk. She decorated the sepia walls with pictures, photos of celebrities and royalty, and postcards.

The back annex of the third floor had the van Pels’ 2 bedrooms. Hermann and Auguste’s bedroom doubled up as the living room and kitchen, where all occupants spent a lot of time during the day. The other bedroom was of Peter who was good friends with Anne. It had a stairway leading to the attic, from where the nearby Westerkerk was visible. The chiming of its clock tower every quarter-hour provided comforting noise in the otherwise bleak silence of the secret house.

The front part of the third floor has displays on the betrayal of the occupants to the Nazis, following which they were sent to concentration camps where all but Otto perished. Anne died in Bergen-Belsen of typhus. Miep Gies had collected her writings and handed them to Otto on his return, who then strove to get them published. He set up the Anne Frank Foundation to restore the building and set it up as a museum.

Anne Frank House and Nearby Sights on Map