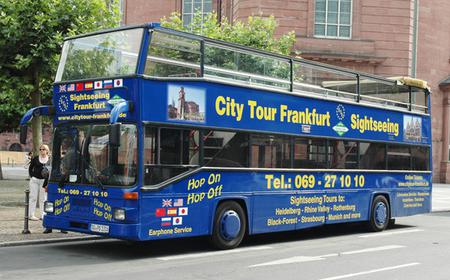 This city tour will show you why the people of Frankfurt love their city so much. Our blue double-de... 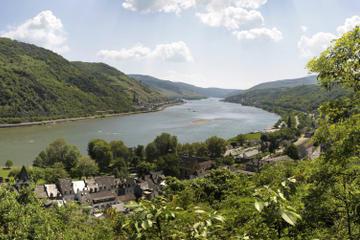 Experience the highlights of Frankfurt and the surrounding Rhine Valley in one da... 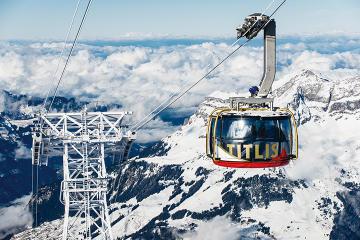 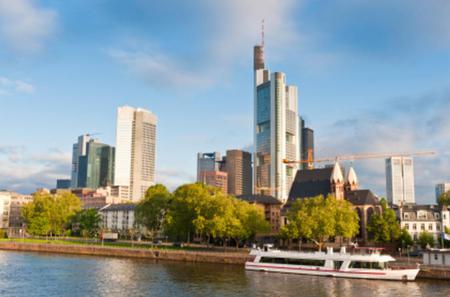 Enjoy spectacular views of Germany’s impressive skyline on this one-hour Frankfurt sightseeing cruise! See some of ... 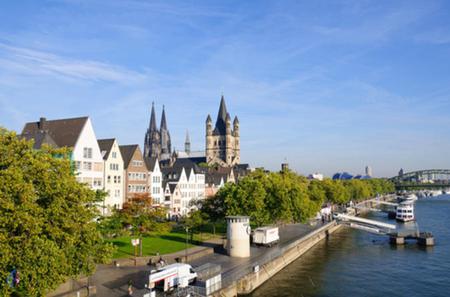 Explore the historic city of Cologne on this full-day trip from Frankfurt! Travel by luxury coach to Cologne and en... 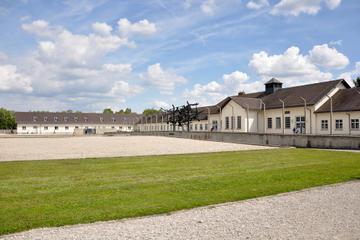 Learn about Munich's most important landmarks, including the nearby Dachau Concen... 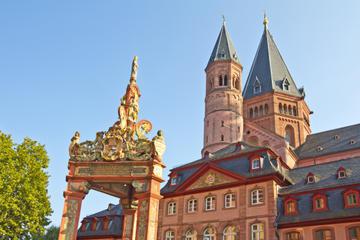 Combine a visit to the historical spa town of Wiesbaden with a tour of Mainz on a... 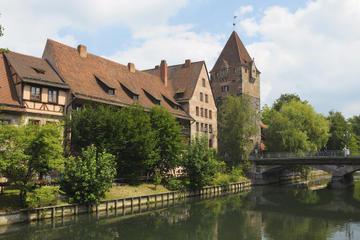 Spend a day in the must-see Bavarian cities of Munich and Nuremberg on this Super... 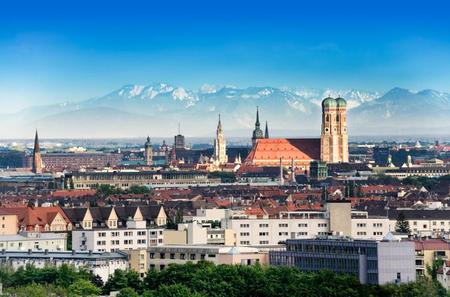 Explore the vibrant Bavarian city of Munich on a relaxing day trip from Frankfurt! You'll travel by luxury coach to... 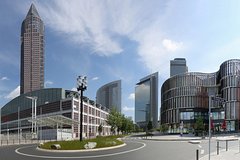 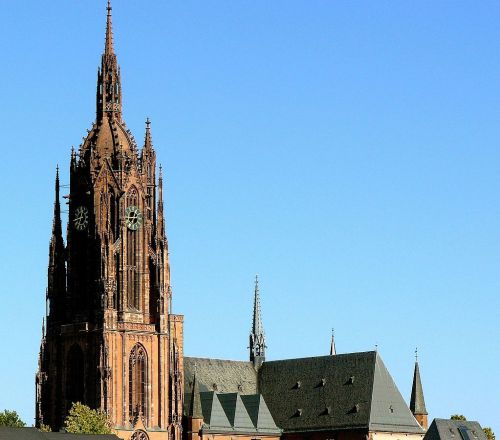 The Imperial Cathedral of Saint Bartholomew, better known as the Kaiserdom, is a Roman Catholic church dedicated to Saint Bartholomew. The Gothic building in red sandstone was originally built in the 14th century as a Carolingian chapel, rebuilt in 1867 after a fire, and again in 1953 after its destruction in World War II bombings. Though it has never been a true cathedral in the episcopal sense, it has been a site of historical significance since its construction. From 1356 onwards, Holy Roman Emperors were elected here, and from 1562 to 1792, emperors-elect were crowned in the Wahlkapelle here. A highlight of the church is the relic of fragments of St Bartholomew's skull, which were brought to Frankfurt from Armenia via Rome.

The main external feature of the church is the 95 metre high West Tower, first built in 1415 to designs by Madern Gerthener, and restored by Franz Joseph Denzinger after the fire of 1867. It houses 9 bells cast in Dresden in 1877, of which the most famous is the 11.9 ton Gloriosa, the second largest bronze bell in Germany after the 24 ton Peter Bell in Cologne Cathedral. A narrow spiral flight of 324 steps winds its way to the top, and is open from April to October. The arduous climb is worth it for the gorgeous views of Frankfurt it offers. The northern tower portal and stone-vaulted atrium with a baroque altar depicting Mary’s Assumption lead to the Turmhalle, while the southern tower portal is usually closed and has copper plates with motifs of German emperors. The main entrance, Kaiserportal, is through the north transept and features a gable with a magnificent rose window and relief of the Last Judgment. Next to the portal stands the Crucifixion ensemble by Hans Backoffen. The gable of the south transept door features the Crucifixion relief.

The church has a symmetrical Cross-shaped plan. The choir, which has been preserved from the Middle Ages, has the Gothic high altar which features a retable depicting the life of Christ, acquired by Pfarrer Münzenberger from the Katharinenkirche in Salzwedel. The choir has original choir stools and Bartholomew friezes from 1407 onwards. It is flanked by the Mary Chapel and Magdalene Chapel. The Maria-Schlaf-Altar in the Mary Chapel to the north depicts a dying Virgin Mary surrounded by the apostles. The north side of the choir has the sacristy, while the south side has the Wahlkapelle or Electors' Chapel, which has the original 7 leather-clad electors' chairs, and a Passion triptych from the 15th century. The choir also has the tombs of the Thurn and Taxis family and King Gunther von Schwarzburg.

The cloister houses the Dommuseum which houses relics of the treasures of the nobility, robes and jewel-encrusted crowns used in the coronation ceremonies of Holy Roman emperors, models of previous church buildings, finds from the tomb of the Merovingian princesses and an old copy of the Reichsinsignien. The façade of the cloister has a monumental stone relief depicting the martyrdom of Saint Bartholomew.

Kaiserdom and Nearby Sights on Map

The Museum of Modern Art building was designed by Hans Hollein to resemble a boat, which is most notable when approaching it from the back (east)

Urban revitalization of the Dom-Römer complex

Kunsthalle Schirn is a museum specializing in contemporary art

Historic museum of the city of Frankfurt and its citizens